To further give a push to the country's infrastructure, big plans are lined up that include roping in an advisor for asset monetisation and offering attractive schemes to private players, including identified 3,000 kms of projects, Union Minister Nitin Gadkari said. 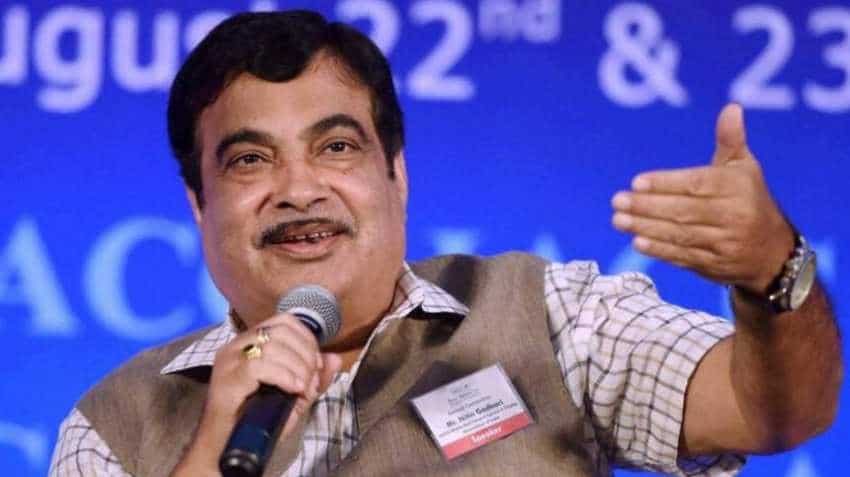 To further give a push to the country's infrastructure, big plans are lined up that include roping in an advisor for asset monetisation and offering attractive schemes to private players, including identified 3,000 kms of projects. PTI
Written By: PTI
RELATED NEWS

To further give a push to the country's infrastructure, big plans are lined up that include roping in an advisor for asset monetisation and offering attractive schemes to private players, including identified 3,000 kms of projects, Union Minister Nitin Gadkari said. Plans are also afoot to make the vehicle scrapping policy more attractive, besides expediting the land acquisition process to create a network of expressways and highways. "We are planning to rope in an Indian expert with experience in global economy for advising NHAI on asset monetisation," Road Transport and Highways Minister Nitin Gadkari told PTI in an interview.

The advisor, apart from asset monetisation, will guide the National Highways Authority of India (NHAI) on innovative ways to meet funding requirements, he said. After the huge success of the maiden bundle of nine highway projects under TOT (toll, operate and transfer) totalling 681 kms of roads in Andhra Pradesh and Gujarat in 2018 that fetched NHAI Rs 9,681 crore, the second tranche of 586 kms was cancelled in February 2019 due to lukewarm response.

TOT is a model for monetising operational national highway projects. The investor makes a lumpsum payment in return for long-term toll collection rights backed by a sound tolling system. The concession period is 30 years. Up to 49 per cent divestment is allowed till two years of the concession period while up to 10 per cent change in ownership is allowed after two years. The government now plans to offer 550 km of roads under TOT.

Apart from asset monetisation, Gadkari said the government will attract private players into highways building and has already identified 3,000 kms to be bid out under the build operate and transfer (BOT) mode. "For private sector revival in highways building, we have identified 3,000 kms of highways that have 17,000 pcu (passenger car unit) traffic. We plan to bid this out under BOT mode," the minister said. Ratings agency Crisil in a recent report said to reinvigorate private sector interest, the government has resorted to HAM (hybrid annuity mode) and BOT which will ensure putting public-private partnership (PPP) projects in the roads and highways sector back on track.

On the vehicle scrapping policy, the minister said it would be made more attractive with suggestions from the Finance Ministry and the PMO. The policy aims to pave the way for mandatory scrapping of old vehicles from April 1, 2020. In May 2016, the government had floated a draft Voluntary Vehicle Fleet Modernisation Programme (V-VMP) that proposed to take 28 million decade-old vehicles off the road.

A committee of secretaries (CoS) had recommended to the ministry redesigning of the scheme for greater participation of states with partial support from the Centre. The CoS suggested that the "scheme may dovetail a calibrated and phased regulatory approach for capping the life of vehicles together with stricter implementation of emission norms" and accordingly a revised consultation paper got in-principle nod from the PMO.

About other plans, the minister said the land acquisition process has been expedited and it has seen a three-fold jump. "This will facilitate our plans of fast-tracking projects besides building 22 green expressways," he said. The are also plans to create a highways grid on par with the power grid, he said.

He said the Delhi-Meerut Expressway is likely to be completed in the next two months. The minister has said there are plans to take up work worth Rs 15 lakh crore in the highways sector over the next five years.