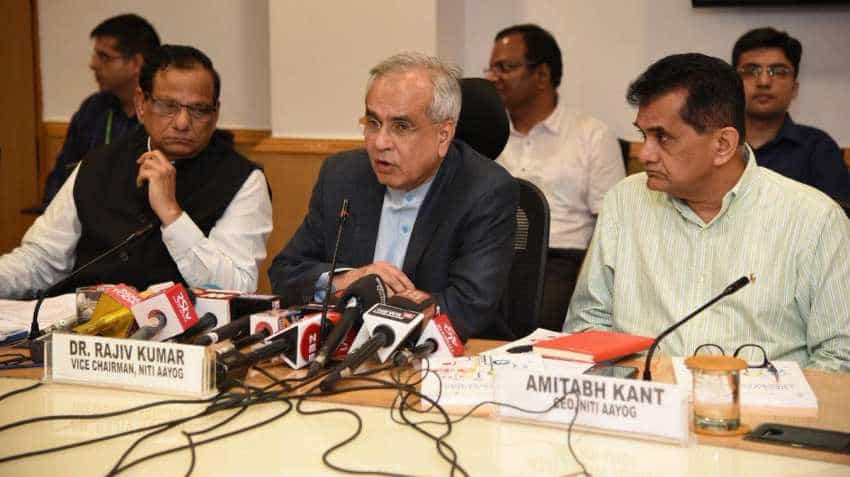 The report has been developed by NITI Aayog, with technical assistance from the World Bank, and in consultation with the Ministry of Health and Family Welfare. Image source: Twitter/NITI

NITI Aayog today released the second edition of “Healthy States, Progressive India”, ranking states and Union territories on their year-on-year incremental change in health outcomes, as well as, their overall performance. The report focuses on measuring and highlighting the overall performance and incremental improvement over a two year period (2016-17 and 2017-18) in the states and UTs, said a NITI statement.

The report is an annual systematic performance tool to measure the performance of the states and UTs. The ranking is categorized as larger states, smaller states and Union Territories (UTs), to ensure comparison among similar entities. The Health Index is a weighted composite Index based on 23 indicators grouped into the domains of Health outcomes, governance and information, and Key Inputs/Processes, said the statement, adding that each domain has been assigned weights based on its importance and has been equally distributed among indicators.

The report has been developed by NITI Aayog, with technical assistance from the World Bank, and in consultation with the Ministry of Health and Family Welfare.