"I having worked as the vice chairman of Niti Aayog for 16-17 months, what I do feel is that there needs to be some independent allocations for states to undertake their developmental expenditure," Kumar told PTI in an interview. 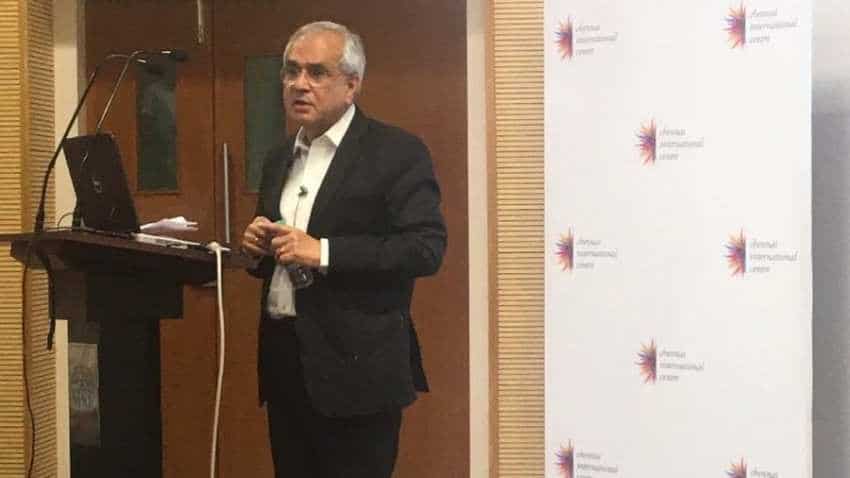 In a recent research paper, Kelkar suggested setting up of 'Niti Aayog 2.0' that would have financial powers as part of efforts to address regional imbalances. Twitter handle
Written By: PTI
RELATED NEWS

Atal Innovation Mission sees 5,000 start-ups coming up in next 4 years

The Niti Aayog is open to the idea of having a role in fund allocation to states for developmental expenditure and would discuss the matter with the 15th Finance Commission, the think tank's vice Rajiv Kumar said Monday.

Former chairman of the Finance Commission Vijay Kelkar recently suggested that the Aayog should be given financial powers to help address regional imbalances.

The Aayog, unlike its predecessor Planning Commission, does not have financial powers nor any say in preparing annual plans of the states.

"I have always respected Dr Kelkar and his views comes from a very long experience, both as finance secretary as well as chairman of the Finance Commission.

"I having worked as the vice chairman of Niti Aayog for 16-17 months, what I do feel is that there needs to be some independent allocations for states to undertake their developmental expenditure," Kumar told PTI in an interview.

He said that if the Aayog would be given some role in allocating development expenditure to states, then that would also "promote co-operative and competitive federalism".

"And I can also say to you that we are going to be discussing this with the 15th Finance Commission...," the Aayog vice chairman said.

In a recent research paper, Kelkar suggested setting up of 'Niti Aayog 2.0' that would have financial powers as part of efforts to address regional imbalances.

Kelkar had also suggested that the vice-chairman of the new Aayog be made a permanent invitee of the Cabinet Committee on Economic Affairs (CCEA).

Socialist-era Planning Commission was replaced by the Aayog on January 1, 2015. Prime Minister Narendra Modi is the chairman of the Aayog.

While the Aayog is open to the idea having a role in resource allocation to states, Kumar made it clear that he was not seeking revival of the Planning Commission.

"But certainly we don't want to return to old days of the Planning Commission and have a huge expansion in the number of centrally sponsored schemes etc...," he noted.

The Planning Commission used to play a key role in deciding the expenditure plans of central ministries as well as that of states.

"I think the time has come to achieve a better balance between complete fiscal sovereignty and some allocation for targeted infrastructure in development-oriented expenditure across the states to ensure that there is a better convergence within the states.

"And all those states that are now today have weaker infrastructure (and need to) catch up with the more forward states," Kumar said.

Echoing similar views, former Union minister and noted economist Yoginder K Alagh said that in 2014, he had called for the new body to have powers to allocate funds as per transparent rules.

"The government abolished the Planning Commission, started a large number of central schemes but resources (are allocated) by the finance or the ministry concerned. Some chief ministers' say this is arbitrary. Kelkar rightly wants a rule-based system,"Alagh told PTI.

About the interim Budget for 2019-20, Kumar said it has achieved a very good balance between providing a growth stimulus and maintaining the fiscal discipline.

On former finance minister P Chidambaram's criticism that the Budget was an 'account for votes' and not a 'vote on account', Kumar said, "you cannot expect a non-election budget in an election year".

"... Addressing some of the issues of some of the classes of the people is good political economy and only shows that the government is sensitive to the problems of the particular segments," Kumar said.

Regarding the disinvestment target for 2019-20, he said the government when it comes back to the office would pursue the target much more efficiently.

"We will make sure that this Rs 90,000 crore disinvestment target will be achieved through some strategic disinvestment of loss-making PSUs.

Meanwhile, the Aayog vice chairman said there is now a need for re-establishing the quality of the India' statistical system.

The Ministry of Statistics and Programme Implementation should not only come out as a collector of all data but also a quality regulator of all data, he opined.

"What we have inherited is a relatively neglected statistical and data system in the country. I think, we now need to reverse that.

"And there was a time when the Department of Statistics was also a part of the Ministry of Planning, and I think that particular co-ordination is required," he said.

Atal Innovation Mission sees 5,000 start-ups coming up in next 4 years