Finance Minister Nirmala Sitharaman is likely to unveil measures to boost economic growth, which slipped to a six-year low of 5% in the April-June quarter, two government sources said on Thursday. 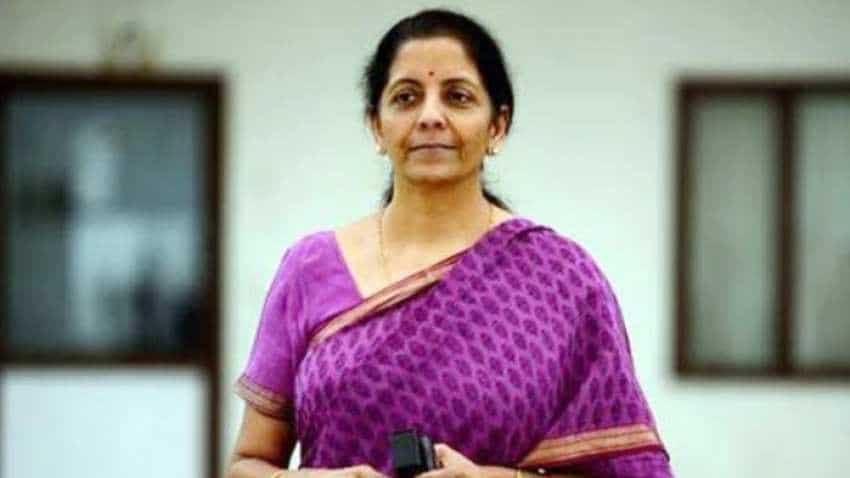 The measures include a review of import tariffs on certain items ahead of Prime Minister Narendra Modi`s visit to the United States, sources said. Image source: Reuters
Written By: Reuters
RELATED NEWS

Finance Minister Nirmala Sitharaman is likely to unveil measures to boost economic growth, which slipped to a six-year low of 5% in the April-June quarter, two government sources said on Thursday. The measures include a review of import tariffs on certain items ahead of Prime Minister Narendra Modi`s visit to the United States, the sources said.

"We are waiting for the approval from the prime minister`s office, and the measures could be announced on Friday," one of the government sources told Reuters. The sources declined to be named as they were not authorized to speak to the media. Any relaxation of tariffs on U.S. imports would be seen as a step in easing a trade row between the two countries that has accelerated in Modi`s second term.

The trade row has prompted both countries to raise tariffs and created unease over the depth of their security alliance. The federal government is also urging the Goods and Services Tax (GST) council to cut tax rates on items including auto sector products and tourism, said one of the sources, who attended a meeting of state and federal officials in Panaji on Thursday to discuss the impact of the economic slowdown and implications of possible tax cuts.

Some states oppose tax cuts as they fear it would impact their revenue collections, and may not boost sales, he said. Finance ministry officials have warned that the economic slowdown has led to lower tax collections, and they may have to utilize an extra dividend of nearly 580 billion rupees ($8.1 billion) this year from the central bank to fund budgeted spending.

"We were planning to spend RBI money (the extra dividend) for new investments. It does not seem possible now," said one of the sources. The government would have to resort to spending cuts in the January-March quarter because of a fall in tax collections and stiff fiscal deficit target for this year, the sources said. As the government seeks to keep liquidity flowing, Finance Minister Nirmala Sitharaman urged banks on Thursday to increase lending to small businesses and retail borrowers to spur spending ahead of the final quarter festive season.
($1 = 71.3400 Indian rupees)