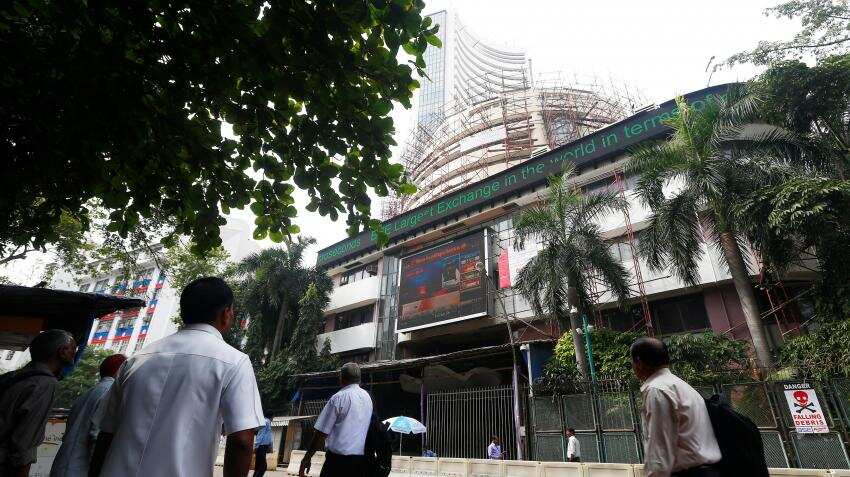 For those who are looking for signals to enter equity markets, here is some positive news. The over 7% correction in Indian markets since January-end and nascent rebound in corporate results in the December quarter have pushed the trailing Nifty 50 earnings yield to over 4%, the highest level seen in six months. The earnings yield shows the percentage of each rupee invested in a stock/index that was earned by the company.

While some market pundits do not see the small correction in the large-cap names and meaningful correction in the mid-cap ones as a buying opportunity, the current earnings yield shows that valuations may not be as expensive as was being feared.

The gap between bond yield and earnings yield has also considerably narrowed. The gap between 10-year bond yield and Nifty earnings yield has dropped from 4% to 3.6% levels in just a month. The data seems to suggest that foreign portfolio investors are now preferring Indian equities to debt, with FPIs having bought about Rs 1,400 crore (net) in Indian stocks in March so far compared to pulling out over Rs 3,000 crore from Indian debt securities.

The Nifty earnings yield, statistically speaking, is the inverse of the valuation measure called Price/Earnings ratio (P/E). The trailing Nifty P/E is now below 25 times, something which last happened in the early part of July-2017. Valuation concerns grew in the last 2-3 months with Nifty P/E touching nearly 28 times mark in the last week of January-2018.

The answer is in the macro concerns abating, some experts with whom DNA Money spoke said. “We are on a cusp of corporate sector earnings revival. This will only strengthen going forward. The second part is that crude oil has also come off from its recent highs of $70/barrel to $63/64 levels. That brings some relief. So, micros are improving and macros are easing off,” said Ajay Bodke, CEO & chief portfolio manager PMS, Prabhudas Lilladher.

While the ongoing global economic recovery leads to higher inflation and bond yields (cost of equity), India does not face any major country-specific macro right now. There are some political risks over the next few months, but some risks will always stay on the horizon, experts said. “The correction in equities is welcome. But the correction does not change the fundamental nature of Indian stocks. We are growing in terms of corporate results, even though the BFSI segment has been a bit of a drag. If you look at the global scene, there is very little to suggest that earnings are de-growing,” said Vikas Gupta, CEO and chief investment strategist at OmniScience Capital Advisors.

Fund managers believe the earnings outlook is key to equity markets to sustain high valuations, and they are starting to show a rebound.

“Stock markets have lagged nominal GDP growth and are consequently at reasonable market cap to GDP ratio. In P/E terms too, markets are trading near 21.2 times CY18 (estimate) and 17.3 times CY19 (estimate), which are reasonable, especially given the low-interest rates. As earnings growth improves, the P/E should look more reasonable and move lower. In view of this, there is merit in increasing allocation to equities or in staying invested as the case may be. Within equities as a universe, large-cap stocks appear attractively priced as compared with the small and mid-cap stocks,” said a top portfolio manager, who oversees $3 billion in foreign money.