Indian shares rose on Tuesday, in line with broader Asian peers, helped by financial and technology stocks as trade anxiety stemming from a plunge in the Turkish lira showed signs of easing. 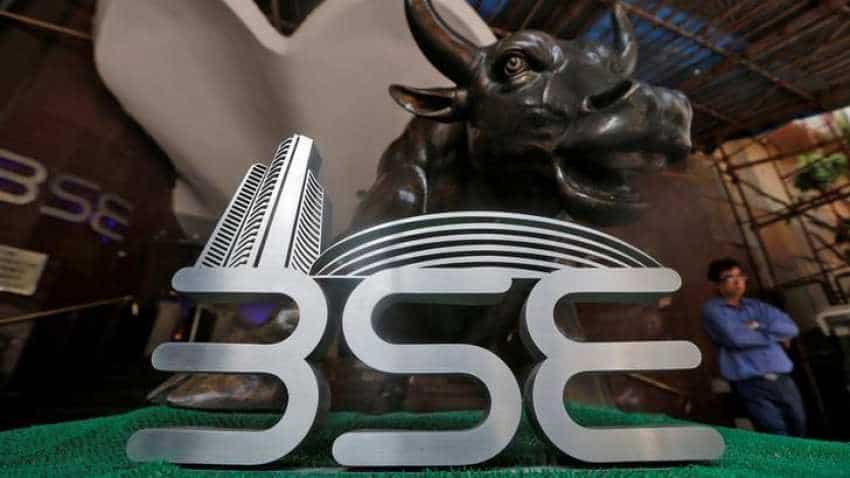 Technology stocks were the biggest gainers on the NSE index, with Infosys and Tata Consultancy Services rising nearly one percent each. Image source: Reuters

Indian shares rose on Tuesday, in line with broader Asian peers, helped by financial and technology stocks as trade anxiety stemming from a plunge in the Turkish lira showed signs of easing. Turkey`s lira, which has shed more than two-fifths of its value so far in 2018, found a moment`s respite at 6.9250 per dollar after the country`s central bank said it would provide liquidity and cut reserve requirements for banks.

Technology stocks were the biggest gainers on the NSE index, with Infosys and Tata Consultancy Services rising nearly one percent each. Both the stocks were among the top contributors to the NSE index after the Indian rupee hit a fresh low against the dollar for a second straight day. HDFC Ltd, up 0.9 percent, and Axis Bank, up 2.4 percent, helped bolster the NSE bank index which rose 0.7 percent after two days of losses.

"There was a sharp reaction in the Indian markets on Monday to the fall in rest of Asia because of the Turkish uncertainty. Today, global markets have reversed and India is taking cues from that," said Dhananjay Sinha, head of institutional research at Emkay Global Financial Services in Mumbai. Analysts, however, said Tuesday`s gain was a short-term easing after two days of losses and "caution" was setting in.

"At this point, I think the market is fairly valued. But that still does not give it much upside. There is also political risk due to the (general) elections. So, it is better to be on the sidelines in the mid-term or find some opportunity to exit the market," said Abhishek Jain, head of institutional sales at Almondz Global in Mumbai. At 0634 GMT, the broader Nifty was up 0.51 percent at 11,414.50 while the benchmark Sensex was trading 0.43 percent higher at 37,807.40.

ITC Ltd, up 1.2 percent at its highest in nearly a year, was among the top gainers on the NSE index after Indian media outlets reported on Monday the company was working on a bid for Kraft Heinz India`s nutritional drink brand, Complan. ITC had risen 1 percent on Monday following the reports. Jindal Drilling and Industries Ltd rose as much as 16.2 percent to its highest since May 11 after reporting an 82 percent jump in quarterly profit.