Next tranche of highway projects under TOT to be auctioned in Apr: Nitin Gadkari

Union Road Transport and Highways Minister Gadkari said monetisation of 105 identified stretches, as per the current trend, could fetch about Rs 1.5 lakh crore. "I am happy to say that the first bundle of nine projects totalling a length of 680 km was over-subscribed...We had estimated to fetch Rs 6,258 crore from monetisation of these projects but we will get Rs 10,500 crore from these," he said. 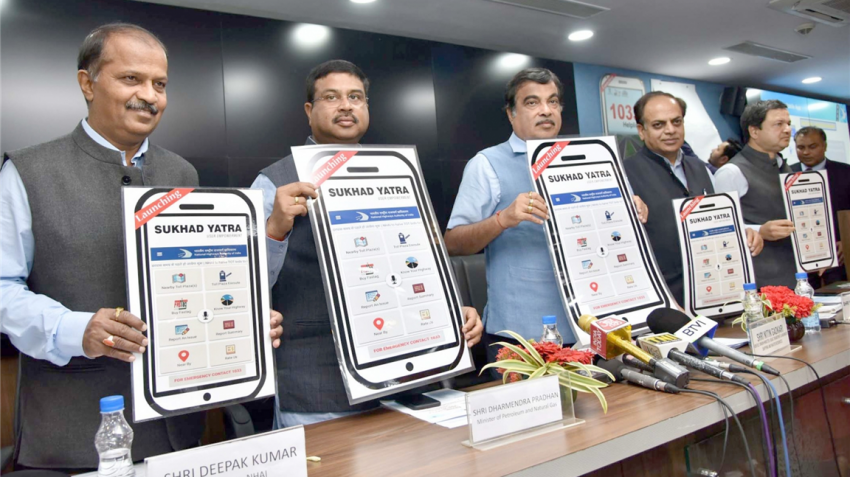 Enthused by over-subscription of the maiden bundle of 9 highway projects under toll-operate-transfer (TOT) model that will bring Rs 10,500 crore cash to NHAI's kitty, the government will go for monetisation of second tranche of road projects in April, Union Minister Nitin Gadkari said today. The minister said monetisation of 105 identified stretches, as per the current trend, could fetch about Rs 1.5 lakh crore. "I am happy to say that the first bundle of nine projects totalling a length of 680 km was over-subscribed...We had estimated to fetch Rs 6,258 crore from monetisation of these projects but we will get Rs 10,500 crore from these," Road Transport and Highways Minister Gadkari said.

The government's bid for monetisation of highway projects started on a strong note as Australia's Macquarie had clinched the maiden bundle of projects on offer for Rs 9,681.5 crore on February 28 while the total cash flow will be more than Rs 10,500 crore. "We have come out with a TOT model. We have decided to monetise 105 projects under this. In the first bundle of nine projects, we had invested about Rs 855 crore. We had estimated to fetch Rs 6,258 crore from monetisation of these, but instead we got much higher," the minister said.

Rohit Singh, member of finance department at the National Highways Authority of India (NHAI), told PTI that the second bundle of about 10 projects was being finalised for auction under TOT and this time the government was expecting even a better response.

He said the government was targetting USD 1 billion of funds from the second tranche of auction which could go even higher given the current trend.

NHAI Chairman Deepak Kumar said the projects to be monetised under the second tranche were being assessed.

The first bundle for monetisation, released by NHAI in October 2017 covers 9 stretches ? five highways running across Andhra Pradesh and four in Gujarat. The government had assessed the asset condition through drone videos and network survey vehicles.

The Cabinet in 2016 had authorised NHAI to monetise public funded National Highway projects. 75 operational NH projects completed under public funding had been identified for potential monetisation using the TOT Model. TOT model in India has been developed to encourage private participation in the highways sector.

The TOT model has the concessionaire paying a one-time concession fee upfront (lump sum), which then enables the concessionaire to operate and toll the project stretch for the pre-determined 30 year concession period. This model is applicable to EPC and BOT (Annuity) highway projects, which have completed at least 2 years since date of completion.

The model, as per officials, addresses the risks associated with such a long concession contract and there are multiple provisions in the model concession agreement, which are designed to take care of eventualities like roadway expansion, high toll traffic variation etc to ensure that concessionaires are not exposed to undue risks.

As per the Economic Survey, India will need about USD 4.5 trillion in the next 25 years for infrastructure development, of which it will be able to garner only about USD 3.9 trillion.