Jim Rogers also said the next meltdown may surprise us all, originating from some place we are not looking into. 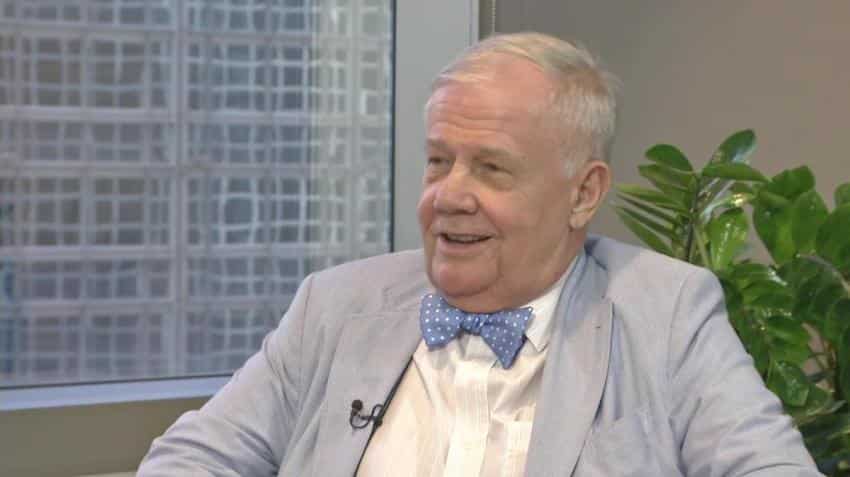 The next bear market will be worse in lifetime, said Jim Rogers, Chairman, Rogers Holdings, in an exclusive interview to Zee Business, adding the best is behind us. He also said the next meltdown may surprise us all, originating from some place we are not looking into. Edited excerpts:

The Dow futures rebounded from day’s lows. Do you believe this recovery will get sold into?
I’m the worse market timer. I’m no good at short-term trading. What I expect to happen is market will remain weak until March-end. The market will start rallying again after US Fed raises interest rates, and then we shall have to decide what to do next. Frankly, we were up for so long for no reason. Correction was long overdue.

Lately, the correction in the market has been sharp, but short-lived? Would you agree?
It depends on how you define short-term. The next time we have a bear market, it is going to be worse in your lifetime. We have not had a bear market in nine years since 2009, which is quite longer than the way historically things work. In 2008 we had a problem because of too much debt. The debt levels are much higher everywhere now, even in China, which had virtually no debt last time. I must say, the next time we have a problem, it’s going to be terrible.

Do you think the next meltdown will originate in China?
China has had no debt for many decades. Nobody would lend money to Mao Tse Yung, why would they! But now they do have debt. Bankruptcies are coming out of China. China doesn’t know how to handle debt. Correction may trigger from China, but it usually starts somewhere people are not looking into. And then it snowballs. Who knew Island can go broke, but it did.

Can we safely assume bull run is behind us?
Market has been up for nine years, so yes, best is behind us. I’m not saying a leg-up will not happen from here, but that won’t last. In 1999, the Nasdaq had tripled in 8-9 months. The rally started in 1987, and for 17 years since we kept going higher. We witnessed a wild explosion in 1999, but then it busted.

Would you park your money in safe heaven gold?
I’m not buying gold. I own gold. If and when gold goes down a lot, my plan is to buy a lot of gold. My sense is gold will turn into a bubble soon. When turmoil comes, people get desperate to go some place safe. Gold will turn into a very overpriced asset then. So, I would buy gold, but after a while.

Bitcoin will crash?
Neither do I own Bitcoin, nor would I buy any. Bitcoin will disappear, just like any other bubble.