On Thrusday, The draft airport policy that seeks to shift tariff structure to the 'price cap' model from the existing 'cost plus' model exposes developers to traffic risks in general: Reports 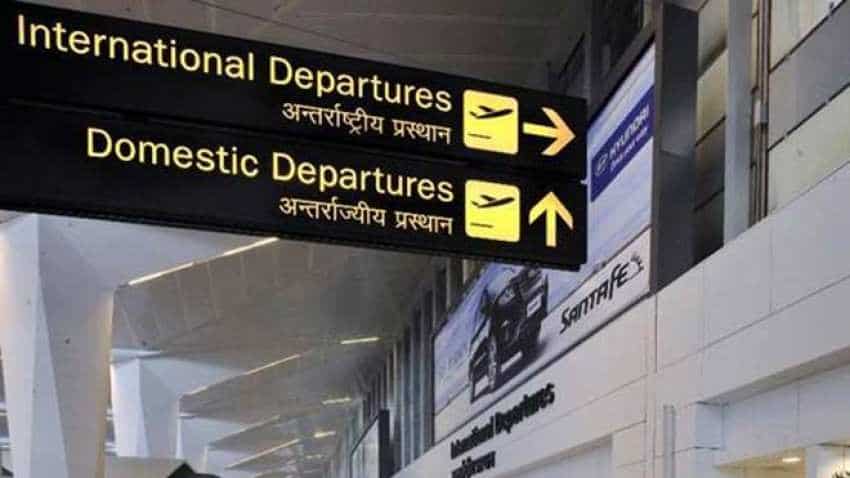 There is clarity on various parameters to reduce delays in the current model: Reports. Image Source: PTI

The draft airport policy that seeks to shift tariff structure to the 'price cap' model from the existing 'cost plus' model exposes developers to traffic risks in general and is particularly risky for greenfield airports, a report warned Thursday.

The proposed changes in the approach towards greenfield airports to 'dual till' from the earlier '30 per cent hybrid till' leaves the entire non-aero revenues outside the ambit of price cap, which to an extent is a positive, India Ratings said in its report.

The draft policy also defines clearly aero and non- aero revenues, including clarity on the inclusion of cargo revenues under the aero banner. Of the four large private airports, historically there were significant delays in fixing tariffs for control periods.

"Despite strong passenger traffic growth, introduction of traffic risks and limited flexibility on tariff revisions combined with restrictions on real estate area amplify the risk for a greenfield airport," warned the report.

But the likely traffic risks can reduce the financeability of projects compared to the current regulated return structure and the proposed policy will resolve the regulatory delays in the fixing tariffs and reduce significant changes in tariffs across control periods, it noted.

Although managing traffic risks is the responsibility of developers, the report said some adjustments can be made to the maximum blended aeronautical yield (MBAY) - not more than 50 per cent of the base rate of MBAY for a year.

This makes external support necessary if passenger traffic growth remains subdued in a five-year control period or any stress during the concession period against the original estimates, according to the rating agency.

"In the current set-up, such circumstances are rare, despite the delays in obtaining regulatory approvals given the return-oriented model," it said.

As per the agency, in such a situation, an option to escalate MBAY up to 50 per cent of the existing fee along with cuts on concession fee or a combination of both can provide some respite.

But the base tariff and accuracy in forecasting traffic is crucial for maintaining the developer's credit profile and to avert reliance on financial support, it said.

Although the new model hints at maximum five years of continuous support or no support, the report said the option of revenue shortfall loan is a positive.

At the same time, should the concession granting authority fix a floor price cap based on passenger forecast, the model can be sustainable with minimal financial disruptions to investors and curb aggressive bids, it added.

Expecting a negative concession fee, the report said bidding parameter is altered to 'concession fee/passenger, with annual revisions linked 50 per cent to inflation.

The proposed concession fee, which includes administration fee of Rs 20 per passenger, is fixed at Rs 400 for FY19. But in case of a negative concession fee, the bidder can quote over Rs 400.

"We see a possibility of the bids exceeding Rs 400. The FY18 average aero revenue/passenger across all four major private airports is Rs 480. While major airports have a higher cost of construction/expansion, they command significant non- aero revenues, which is unlikely for a greenfield airport. Hence, we believe that bids will be higher than Rs 400.

"Given the expected higher non-aero revenues in brownfield airports, lower aero-revenues can be adequately compensated. In the new, the cap of 10 per cent on real estate area can increase the bids above Rs 400," said the report.

On the positive side, the report said there is clarity on various parameters to reduce delays in the current model.

For instance the tariffs are fixed at the beginning of the control period, with no adjustments for increased costs due to higher inflation. The new model has a feature to escalate tariffs based on the 70:30 ratio of headline inflations numbers.

The inherent strengths of the current airport tariff model include rewards commensurate with risks and stable financials, despite delays in control period order offers comfort to the debt metrics, according to the agency.

It can be noted that the hybrid annuity model in roads has reduced not only financial pains of developers but also difficulties faced by lenders with timely payments.

Navi Mumbai airport to be operationalised by 2021-22: Minister