Union minister Ravi Shankar Prasad Wednesday assured the government will have the widest possible consultations before formalising rules governing social media companies, but made it clear the sovereign has all the rights to bring in laws to better serve its people. 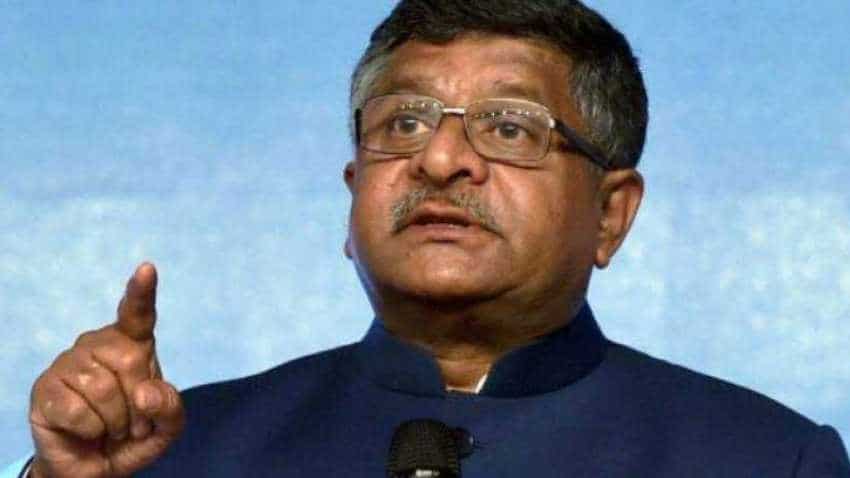 Union minister Ravi Shankar Prasad Wednesday assured the government will have the widest possible consultations before formalising rules governing social media companies, but made it clear the sovereign has all the rights to bring in laws to better serve its people.

Comments come weeks after the government floated draft social media rules which seek to look at social media giants like Facebook and Twitter as intermediaries who carry data, causing a lot of concern among the industry and are reportedly planning to challenge the proposed rules.

"I don't get bothered by the uncalled for campaigns. We'll be fair, we'll be objective but our sovereign right to frame rules and laws will always be there. We are a democracy, and we respect dissent. But the right of the government, with the widest consultation, to frame rules is a sovereign right, like in any other country," the IT & law minister said.

"We respect social media, we respect freedom, but certain norms will have to be followed by them which is in the Constitution," Prasad told reporters on the sidelines of the annual Nasscom leadership summit here.

He said it's the duty of the social media players to ensure that their platfomrs are not used to promote radicalism and terrorism or for any other anti-social activities.

"As a minister, I want to assure that a social media company should not be allowed to abuse the data of Indians to influence elections. Anyone can campaign," he said.

It can be noted that social media companies including Facebook and Twitter have been coming up with specific measures to ensure fake news are spotted and not circulated on their platforms. Prasad did not specify a timeline by when the rules will be implemented.

He said the government took tough action against Cambridge Analytica by ordering a CBI enquiry into the alleged data breach last year and Facebook also apologised after the revelations.

"We respect people's freedom to articulate, to circulate and we also expect social media companies to ensure the dignity of Indians by upholding the sanctity of the data," the minister added.

About the reported reluctance of social media firms to appear before statutory panels, Prasad initially said that it is for the Parliamentary committee to go into but was quick to add that "if these companies can appear before the American senate, our Parliament is also important."

Speaking at the event, Prasad said a data privacy law is in the final stages, which is based on justice BN Srikrishna committee report, and added that a software product policy is also on the anvil.

Earlier, he launched a report on the country's trillion dollar digital opportunity, which focuses on 30 themes to achieve a target of USD 1 trillion by 2025.