New Rs 20 notes, coins are the next big thing in Indian currency chest - All you need to know

RBI last year announced that they will issue new Rs 20 notes without specifying any features of the currency. Then later in early March 2019, the government launched a new coin in the same denomination. 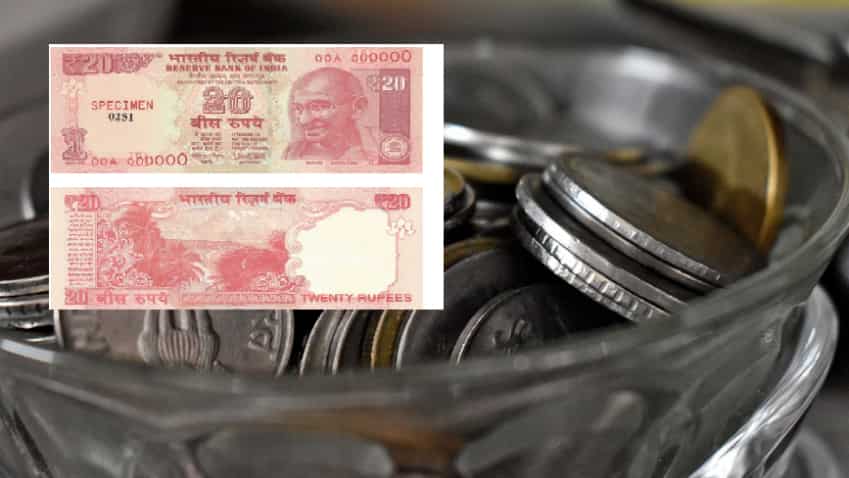 RBI has been upgrading India’s currency chest since the time demonetisation drive has taken place back in November 2016. Photo: Pixabay/RBI
Written By: ZeeBiz WebTeam

Even though RBI has given a makeover to banknotes like Rs 10, Rs 50, Rs 100, Rs 200 and Rs 500 by introducing them now with current governor’s signature Shaktikanta Das, it will be still Rs 20 notes which will be keenly watched. RBI last year announced that they will issue new Rs 20 notes without specifying any features of the currency. If that was not enough to make citizens excited, then later in early March 2019, the government launched a new coin in the same denomination while giving makeovers to existing coins like Re 1, Rs 2, Rs 5 and Rs 10. New Rs 20 coin is expected to be in circulation from next month end, while many still await the new features this currency’s banknote will have. It needs to be noted that, RBI has been upgrading India’s currency chest since the time demonetisation drive has taken place back in November 2016. In fact, this black money curer, digitization booster move, has also brought in a significant change in the money we hold.

Here’s what you must know about the new Rs 20 coin and banknotes.

The newly minted Rs 20 coin is 12 sided with no serrations. The rest of the denominations would be of the round shape.

It is now expected that the coin will be rolled out by May 31.

Coming back to new Rs 20 notes, although there are no features highlighted by RBI, however, one can expect how the note will be.

When the demonetisation drive was announced in November 2016, scrapping down old Rs 500 and Rs 1000, the entry of two new high denomination notes namely Rs 500 and Rs 2000 was a clear indication the transformation of entire currency chest. Several factors hinted at this.

Hence, one can expect Rs 20 to be on similar lines like above-mentioned banknotes. This new Rs 20 can be a reality any time this year.