The Rs 20 coin is shaped like a 12-edged polygon or a dodecagon and bimetallic in colour. 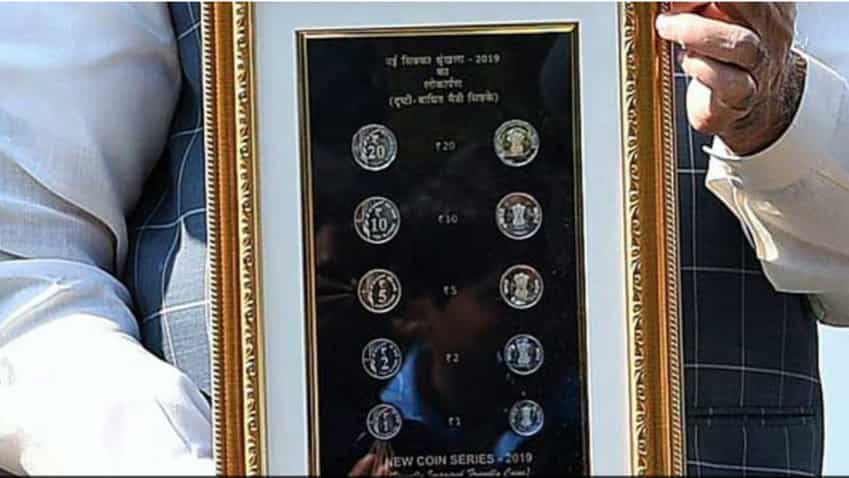 The Rs 20 coin will be devoid of the serrations unlike the Rs 10 coin, that has 100 serrations on its edges. Photo: PIB
Written By: ZeeBiz WebTeam

Post demonetization, the Indian rupee currency notes underwent a makeover under the current ruling party. The coins were not left behind when it came to the revamping of the currency. Recently, Prime Minister Narendra Modi unveiled new designs of Re 1, Rs 2, Rs 5 and Rs 10. But the newly launched Rs 20 coin stole the show. The Finance Ministry issued the coins keeping in mind the visually impaired. The design of the coins was penned by National Institute of Design whilst Security Printing and Minting Corporation of India Limited too played a key role.

Interestingly, if we compare the features of the new Rs 20 coin, it will be almost similar like new Rs 10 coin and other existing designs of the latter. However, there are still few factors that will make new Rs 20 coin standout among the entire Indian coin chest.

So, let us have a look at the new denomination of Rs 20.

The reverse side of the coin will have the denominational value of 20, with the rupee symbol over it. To depict the agricultural dominance in the country, the design of grains is flanked on the left periphery of the coin.

The above-mentioned features are similar like new Rs 10 coin, except the denomination numeral.

Apart from this, Rs 20 coin is shaped like a 12-edged polygon or a dodecagon, unlike its Rs 10 coin counterpart, which is round in shape. Both the coins have bi-metallic designs.

Meanwhile, the new Rs 20 coin will have an outside diameter of 27mm which is same like Rs 10 coin, however, the former will weigh at  8.54 grams higher compared to latter which weighs 7.74 grams.

The Rs 20 coin will be devoid of the serrations unlike the Rs 10 coin, that has 100 serrations on its edges.