New Parliament Building: The special event will be attended by leaders from various political parties, cabinet ministers and ambassadors of various countries 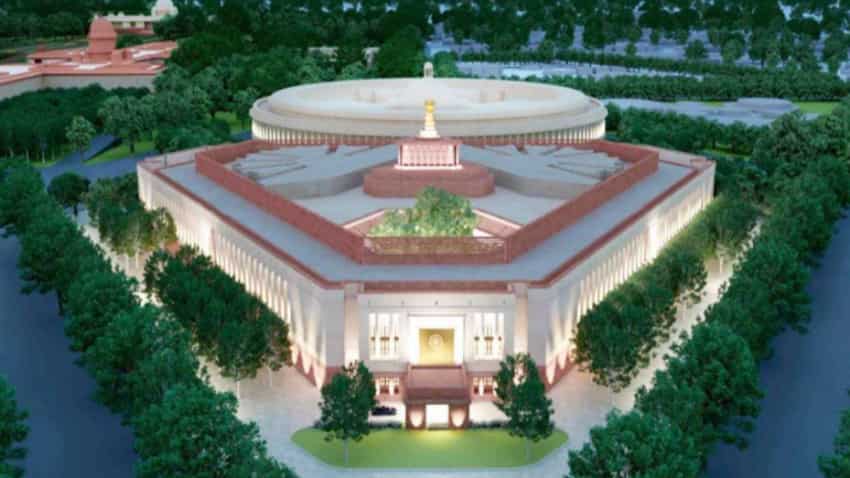 New Parliament Building: The massive project that is being executed by Tata Projects Limited is estimated to be completed by 2022 end. Source: Twitter/loksabhaspeaker)
Reported By: ZeeBiz WebTeam
Written By: ZeeBiz WebTeam
Edited By: Harish Dugh
RELATED NEWS

"The existing temple of democracy is completing 100 years... It is a matter of pride for our countrymen that the new one will be built by our own people as a prime example of Aatmanirbhar Bharat. The new building will showcase the cultural diversity of the country. Hopefully, in the 75th year of independence, Parliament session will be held in the new building," Birla had said announcing details of the new proposed building on Saturday.

Let’s see what the new Parliament building entails, its deadline and other details about the project.

* The new building will have an area of 64,500 square metres and is being built at an estimated cost of Rs 971 crore.
* The massive project that is being executed by Tata Projects Limited is estimated to be completed by 2022 end.
* The new building will be earthquake resistant and 2000 people will be directly involved in the construction of the new building and 9,000 indirectly.
* As many as 1,224 MPs can sit together in the building, while a new office complex for all MPs of both the houses would be built at the site of the existing Shram Shakti Bhawan.
* The new building will also have a grand Constitution Hall to showcase India's democratic heritage, a lounge for members of Parliament, a library, multiple committee rooms, dining areas and ample parking space.
*Lok Sabha chamber in the new building will have a seating capacity for 888 members, while Rajya Sabha will have 384 seats for the upper house members. This has been done keeping in mind the future increase in the number of members for the two houses.