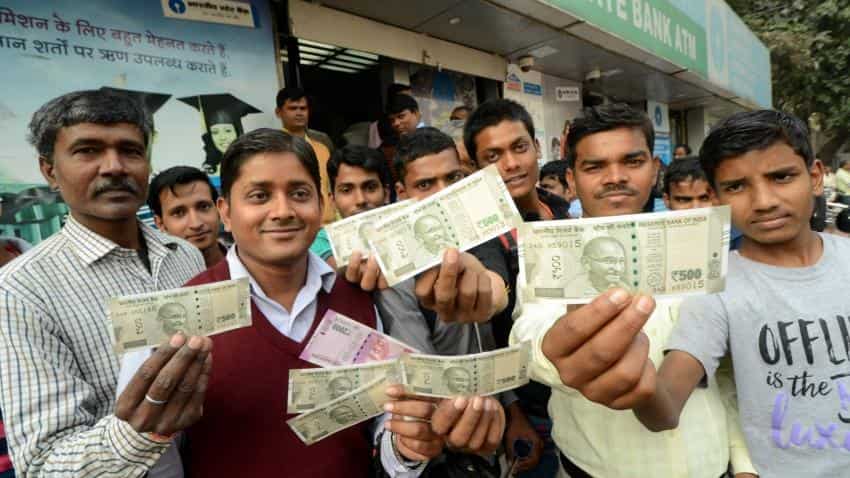 Either the Reserve Bank of India (RBI) is uncharacteristically cavalier with the demonetisation-related figures it has given out periodically since November 8 or, more worryingly, its number crunchers are getting their math mixed up.

For, the numbers that the apex bank has put out so far do not add up and, indeed, lead to two inevitable conclusions.

One: There is an apparent shortfall of anywhere between Rs 5,000 crore and Rs 56,000 crore in terms of the new currency notes it says it has pumped back into the system.

Two: Even by the most optimistic of calculations, it appears that less than 2% of the crucial Rs 500 demonetised notes have been returned to the banking system, lending credence to stories of problems at printing presses.

To tackle issue number one first On December 7, during the monetary policy press conference, the Deputy Governor of RBI, R Gandhi, informed the media that a total of Rs 4 trillion (one trillion one lakh crore) had been disbursed to the public in new currency notes so far.

In its most recent public utterances, on December 12, Gandhi told reporters that the total quantum of new notes disbursed to the public till December 10 had gone up from Rs 4 trillion, or Rs 4 lakh crore, to Rs 4.61 trillion.

Gandhi also revealed that a total of 21.8 billion, or 2,189 crore, pieces of currency of various denominations had been issued to the public by December 10.

Note that the increase in the number of small notes between December 6 and December 10 is just one billion or 100 crore. Assuming that all of these small notes were of Rs 100 denomination, the amount added to the December 6 figure would be Rs 10,000 crore, taking the total to Rs 1.16 lakh crore.

That leaves Rs 3.45 lakh crore to be accounted for by way of high denomination notes.

It is here that the math behind the RBI numbers begins to unravel. Here is how.

Let us assume, for argument`s sake, that all the notes circulated to the public in the high-denomination set were of Rs 2,000 value. Even in this highly unlikely scenario, the total value of high-denomination currency would only come to Rs 3.4 lakh crore (Rs 2,000 x 170 crore), a shortfall of Rs 5,000 crore from the RBI`s own implied figure of Rs 3.45 lakh crore.

But we know that not all of the high-denomination notes were of Rs 2,000 value. Indeed, over the past few weeks, the apex bank has consistently maintained -- a claim also repeatedly echoed by the government -- that its focus has shifted to printing more and more Rs 500 notes, so as to address the issue of liquidity in the economy.

Now let`s take a look at issue number two. Since Rs 500 notes are needed desperately to act as a usable breakup of Rs 2,000 notes, how adequate is their circulation?

If we go back to our earlier assumption of about 20% of the new high-denomination notes being of the Rs 500 variety, what percentage of these demonetised notes has the RBI managed to replace in one month?

The RBI officials have a favourite line: There are enough new notes available in the banking system.

The math shows the reality may be substantially different.