Ratan Tata’s auto pride Tata Motors  is suffering and the answer is JLR’s doomsday that have impacted the company’s sales which has led in reporting worst losses every in India Inc’s history. 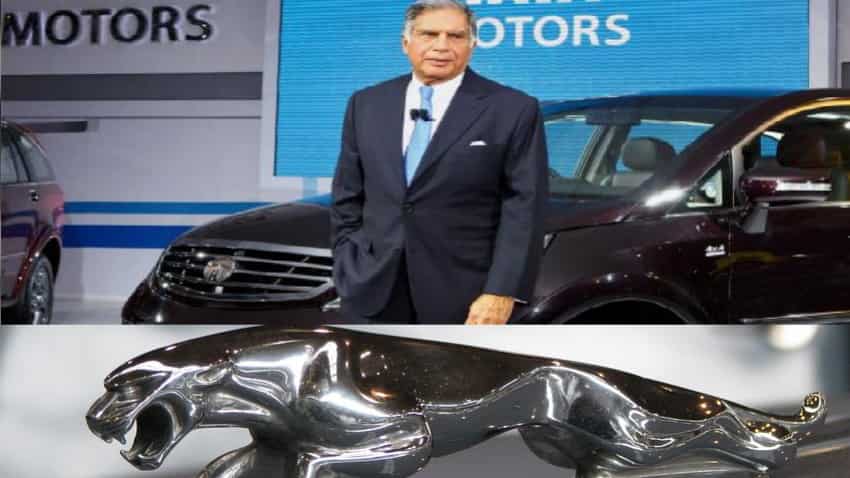 Once again the luxury car bought from crash, has now crashed Tata Motors in a decade. Photo: PTI/Pixabay

Ratan Tata had his revenge when he bought Jaguar Land Rover (JLR) from Ford Motors - the same company which rejected Tata's passenger car business in 1999. The deal was finalised at a time when JRL was in trouble, so much so, that many have reported that Ford actually thanked Tata for buying this premium car in 2008. On Friday, Tata motors saw a new low when its stocks dropped by 22%.

A Rs 26,961 crore loss seats on Tata Motors consolidated book in one quarter namely Q3FY19, which is fueled by an exceptional item of asset impairment in JLR of Rs 27,838 crore. Net revenue is also not something great to rejoice, as they surged by 5% on yearly basis to Rs 77,001 crore.

Tata Motors' problem is already spiked up in domestic market, and at this moment JLR is just not a reliable source of income. Tata’s wholesale declined by 0.5% to 171,354 units on the back of challenging market conditions in the domestic market. In the domestic market. M&HCV trucks de-grew 15%, ILCV trucks +8%, SCV & Pick Ups +15% and CV Passenger -16%. PV was up 3% with new products continuing to gain strong traction in the market.

N Chandrasekaran CEO of Tata Son said, “In JLR, the market conditions continue to be challenging particularly in China. The company has taken decisive steps to step up competitiveness, reduce the costs and improve the cash flows while continuing to invest in exciting products and leading edge technologies. With these interventions, we are building Tata Motors group to deliver strong results in the medium term.”

But the loss was already done, as investors were taken aback with this disappointing earnings. On Friday, Tata Motors finished at Rs 151.30 per piece down by Rs 31.60 or 17.28% on BSE. Shockingly, the company today touched an all-time low of Rs 141.90 on the index, which was due to a drop of over 22% in just one day. This is the highest ever dip recorded by Tata Motors on exchange.

In a year now, Tata Motors have dropped by a behemoth 63% from its all-time high of Rs 382.4 per piece. It is definitely a panic mode, as investors are now not confident in the outlook of Tata Motors ahead with continuing shocks from JLR. Experts are also split in two opinion, few have given sell call on Tata Motors due to JLR, while others have retained their buy sentiment.

Is it a dead end or a buying opportunity in Tata Motors?

Rating agency CLSA has given sell call on Tata Motors. They points out various factors which are not looking good for this Indian automaker. They are:

JLR’s demand commentary was cautious across regions & its outlook for China has worsened in recent quarters given macro headwinds & low consumer confidence. They have even cut down their EBIT margin guidance to 3%-6% for FY20-22 versus 4-7% in FY2-21 in September 2018 quarter. This was despite lower depreciation post impairment.

Sees limited product triggers for near-term improvement and believe a stronger product cycle with major upgrades for the RR/RR Sport are needed.

On domestic front, CLSA sees, high risk of a downturn ahead, especially with new axle norms raising freight capacity. A falling share of higher-tonnage trucks in industry volume is also a negative.

On the other hand, Priya Ranjan, Apoorva Patil and Vikrant Gupta, analysts at Antique Stock Broking in their report said, “Narrowing of JLR margins, coupled with a negative free cash flow are likely to remain key near-term concerns. Further dark clouds loom over JLR in the form of Brexit deal uncertainty and growth challenges/ delayed recovery in its key market China. Nonetheless, we expect some volume growth tailwind for JLR in FY20e from a promising model-cycle with I-Pace, Defender and new Evoque, akin to Evoque-led traction in FY12 in the backdrop of similar global macro fears.”

The trio added, “We believe some drastic cost curtailment step like shutdown of few UK plants and move to a low-cost location in Eastern Europe and emerging markets is the potential next step to help improve the cash flow.”

Hence, analysts at Antique have given a buy call on Tata Motors with a price target of Rs 240, by adjusting  FY19 estimates to account for exceptional loss incurred during 3Q and cut our FY20/21 estimates by 20%/ 16%, due to JLR volume headwinds and near-term cash burn.

It remains to be seen when and how Tata Motors will turn its fate. For now, it is sure that the move for impairment of asset in JLR is a long-term benefit and will surely reap fruits for Ratan Tata’s automaker. Tata Motors has a long list of passenger cars which are still loved by many customers, the company has the potential ahead and hence it’s more like a patience situation for investors, if they want to stay invested.

The entry of JLR in the world of Tata Motors,  was in June 2008 where Ratan Tata paid all-cash of $2.3 billion to Ford. This amount was nearly half of what Ford paid to acquire both Jaguar and Land Rover brand.