"The latest norms regarding lending to large corporates make corporate lending more costly both for banks as well as the borrowing companies," Bhattacharya told PTI in an interview. 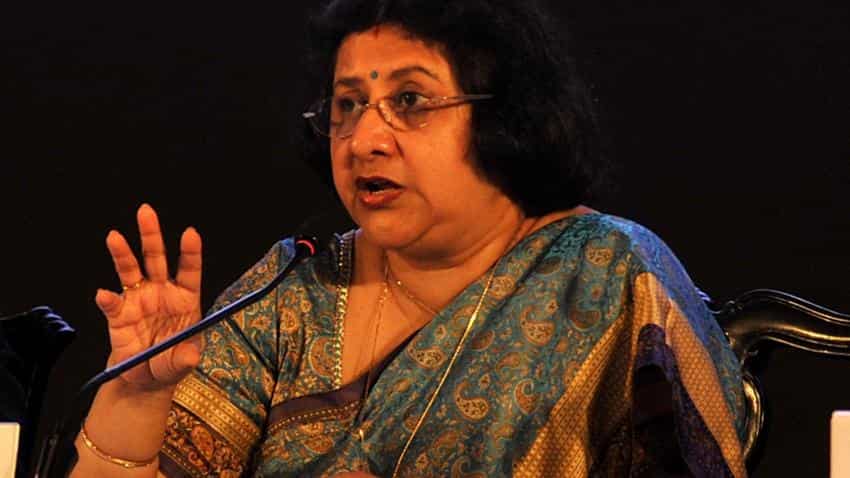 The Reserve Bank had last month come out with draft guidelines on credit to large corporate borrowers. Photo: IANS

Stringent RBI norms proposed for corporate lending are expected to nudge banks towards consumer loans, SBI Chairperson Arundhati Bhattacharya has said while reiterating that there is no bubble in the retail segment.

The Reserve Bank had last month come out with draft guidelines on credit to large corporate borrowers asking banks to make additional provisions if the loan amount crosses the prescribed limit.

"The latest norms regarding lending to large corporates make corporate lending more costly both for banks as well as the borrowing companies," Bhattacharya told PTI in an interview.

"So, the Reserve Bank itself is nudging us towards a model that is more retail," she added.

She was quick to add however that State Bank of India has not seen any stress and only RBI would know about the system as a whole.

RBI had on August 25 issued new guidelines on capping lending to large corporate/related parties. With a view to reducing risks in the system, RBI proposed to limit exposure of a bank to a business group to up to 25 per cent of its capital, down from the existing 55 per cent.

"The large exposure limit in respect of each counter-party and group of connected counter-parties, under normal circumstances, will be capped at 20 per cent and 25 per cent, respectively of the eligible capital base," RBI has said.

The eligible capital base will be defined as the tier 1 capital of the bank as against capital funds at present, it added.

The move comes as bad loans are on the rise with stressed assets of the system crossing 14.5 per cent in the June quarter.

Bhattacharya said SBI's retail portfolio is behaving quite well and there are no visible signs of any increase in stresses in the portfolio.

SBI's retail segment has grown at around 20 per cent last year and also in the first quarter of the financial year.

"Today, we have a much better monitoring system so that anything that we are doing is getting monitored on a quarterly /half-yearly basis. Therefore, if stress starts building up we can see that very quickly," the SBI Chairperson said.

"But we have not seen that as yet, at least at SBI," she said, adding that "I don't know how it is at other banks but have not heard anything to that effect".