A new notification by the government allowing transporters to raise freight load in trucks has come at an "inappropriate time", claim original equipment manufacturers (OEMs) as they struggle to meet the deadline for new  BS-VI  emission norms that will kick in April 2020. 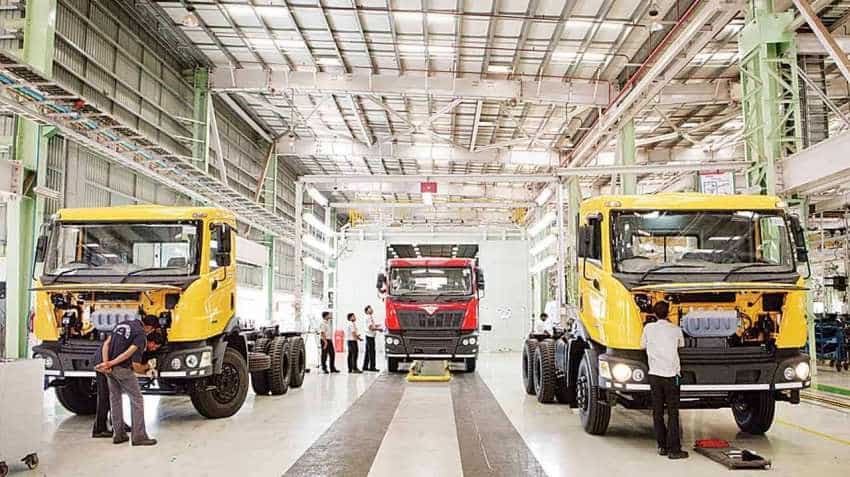 A new notification by the government allowing transporters to raise freight load in trucks has come at an "inappropriate time." Image source: DNA
Written By: Shahkar Abidi
RELATED NEWS

A new notification by the government allowing transporters to raise freight load in trucks has come at an "inappropriate time", claim original equipment manufacturers (OEMs) as they struggle to meet the deadline for new BS-VI emission norms that will kick in April 2020.

Executives at truck manufacturers said the BS-VI norms deadline is already demanding due to huge engineering changes, and the required modification will make it challenging further.

The companies are already making huge investments in BS-VI norms and the new axle norms would add to it and hit their bottomline further.

Vinod Sahay, CEO, Mahindra Trucks & Buses, said he did not see any impact on sales because the new law allows additional freight weight that can be leveraged on the truck which remain unused earlier.

"However, the major challenge is that the development on BS-VI is already going on at the moment, and then bringing out vehicles as per the new axle norms require modification of engineering and certification. For example, getting the tyre specification as per the new norms will also take a long time."

However, industry insiders claim that though there is a likelihood of reduction in demand for new CVs, the OEMs are unlikely to lose market share because none of them produces trucks as notified in the new norms. "It will take the OEMs at least a year to come out with the trucks meeting the norms of the new notification." said another executive from an OEM.

A Tata Motors spokesperson said that notification by the government related to increased axle load is being studied with respect to engineering and certification implications.

"We will come back with a studied response accordingly," the spokesperson said.

Ashim Sharma, partner and group head, Nomura Research Institute Consulting, said while the new norms may lead to decrease in immediate demand for new CVs, it may raise the demand for higher powered trucks.

Udit Sheth, vice chairman, Setco Automotive, a leading component manufacturer for truck industry, said that the impact will be positive for the industry as it will have a domino effect and replacement demand will pick up.

Analysts claim that demand for heavy-duty CVs has been on rise in India for the past several quarters and one of the prime reasons has been the strict action being taken in some states against overloading. The law enforcement authorities have been strict on overloadingof the trucks as it has been one of the reasons for the high number of accident rates in India.

According to the experts, logistics is one area which is likely to benefit from the modification of the axle norms. Though the logistic industry is expected to grow at 8-10% in the near future, one of the concerns among the industry players has been the high cost of it in comparison to the other markets in the world.

Pirojshaw Sarkari, CEO, Mahindra Logistics, said, "This move will help in capacity utilisation and will provide a huge fillip to the logistics sector." He said this measure will reduce the cost of logistics and improve the overall Logistics Performance Index of India.