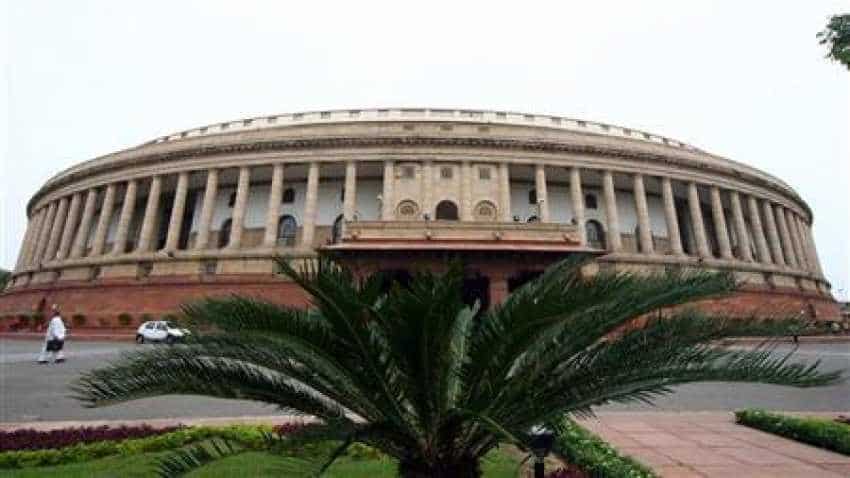 The central government will bring back the Financial Resolution and Deposit Insurance (FRDI) Bill for financial institutions in a new form. Image source: Reuters

The current Bill is being withdrawn from Lok Sabha in view of public concerns over the safety of bank deposits. It created a lot of controversies as many stakeholders felt that the ‘bail-in’ clause had the potential to harm deposits in the bank.

“The Bill which we presented did have some design issues, some serious issues about deposits, bail-in clause and issues related to public sector banks. Since these issues were a little big, it was thought better that we withdraw it and reframe it to bring a better law for financial firms,” Garg said.

“We will work on it. We will come up with a Bill which takes care of these design issues and is more suited for the objective and the original idea behind it,” he added.

The government, however, decided to withdraw the FRDI Bill following apprehensions expressed by people with regard to its ‘bail-in’ clause to resolve failing banks and inadequacy of the deposit insurance cover, the protection extended to the depositors’ money in case of bank failure. The need was felt to revive the insurance limits substantially from the current limit of Rs 1 lakh and for application of resolution framework for public sector banks.

“Resolution of these issues would require a comprehensive examination and reconsideration,” finance minister Piyush Goyal had informed a Parliamentary Committee while withdrawing the proposed legislation last week.

The proposal to create an authority with extraordinary powers to take decisions in bank failures also became controversial. The FRDI Bill had sought to make an enabling law for the creation of an independent resolution corporation to carry out speedy and efficient resolution of financial firms in distress, providing deposit insurance to consumers, monitoring of important financial institutions and protecting the consumers to the extent possible.

RBI had expressed concerns to the panel with regard to various provisions of the Bill.

The govt once vehemently defended the FRDI Bill with PM Narendra Modi and finance minister Arun Jaitley reassuring public about the government’s commitment to fully protect public money. It, however, decided to withdraw the Bill keeping in view its public consequences. As the country’s banks are facing huge NPAs, there is a great deal of apprehension about the possibility of bank failures.

Experts say that it is good that the govt is bringing a new Bill as the withdrawal of the proposed legislation would have left a big question mark about the roadmap in case of a bank failure. The scenario is not an impossibility given that the RBI in its latest financial stability report has indicated a massive bank crisis.

India's services activity grew robustly in November, second-best in over a decade