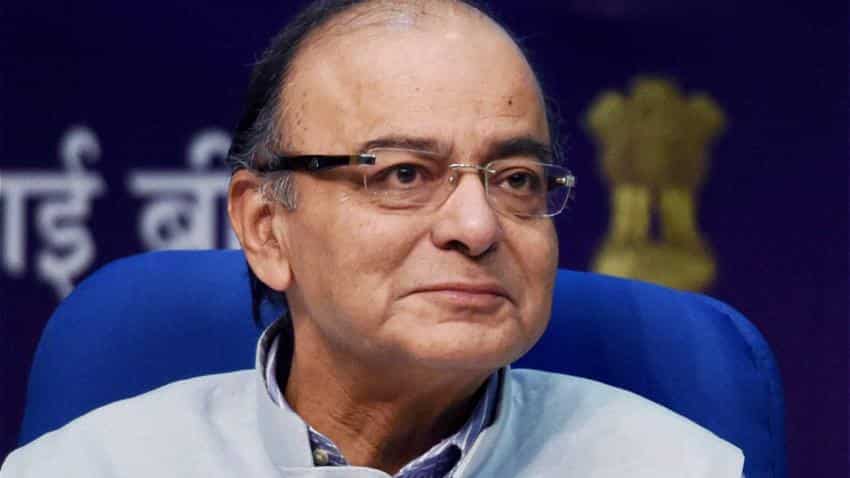 Arun Jaitley says, "We cannot have a culture where somebody just takes loan and is under the assumption that it will now be the headache of the banks to recover the money." Photo: PTI
Written By: IANS
RELATED NEWS

The Rajya Sabha on Tuesday passed a bill that seeks to amend four laws that, among other matters, seek to empower banks to take possession of collateral in the case of loan default, except for farm land.

Earlier this month, the Lok Sabha, too, had pased what is called the Enforcement of Security Interest and Recovery of Debts Laws and Miscellaneous Provisions (Amendment) Bill, 2016.

Four laws will, accordingly, be amended -- Securitisation and Reconstruction of Financial Assets and Enforcement of Security Interest Act, 2002 (Sarfaesi), Recovery of Debts Due to Banks and Financial Institutions Act, 1993 (RDDBFI), Indian Stamp Act, 1899, and Depositories Act, 1996.

"We cannot have a culture where somebody just takes loan and is under the assumption that it will now be the headache of the banks to recover the money, and banks should be answerable," Jaitley, who had moved the bill, said in the debate.

But he ruled out any adverse action when it involves farm land, and said compassion also has to be shown in the case of education loan defaults, since it creates further hardship when someone is unemployed and seeking a job. He, nevertheless, said these loans cannot be waived.

Amendments to the Sarfesi Act will allow secured creditors to take possession of a collateral, against which a loan had been provided, upon repayment default. This process will be under the district magistrate, and will not require the intervention of courts or tribunals.

It also provides that this process be completed within 30 days by the district magistrate. "The law will simplify the procedure by which there will be quick disposal of pending cases of banks and financial institutions by the debt recovery tribunal," Jaitley said.

"The overall objective of this is to empower the banking system legally and expeditiously," he said, adding that loans are both given and services in public interest and money must be recovered from those who default.

"Small cases will have to be settled in lok adalats (smaller, people`s courts). The objective of the new legislation is intended to be electronic. There has to be fairness, as well as firmness," Jaitley said during his reply to the debate.

Accordingly, the new law provides that secured creditors can`t take possession of the collateral unless it is registered with the registry. Also, such creditors who have registered the security will have priority over others in the repayment of dues.

What will also reduce the cost of initiating in such cases is that the new law provides for the waiver of stamp duty on transactions that are undertaken for transfer of financial assets -- including colateral -- by an asset reconstruction company.