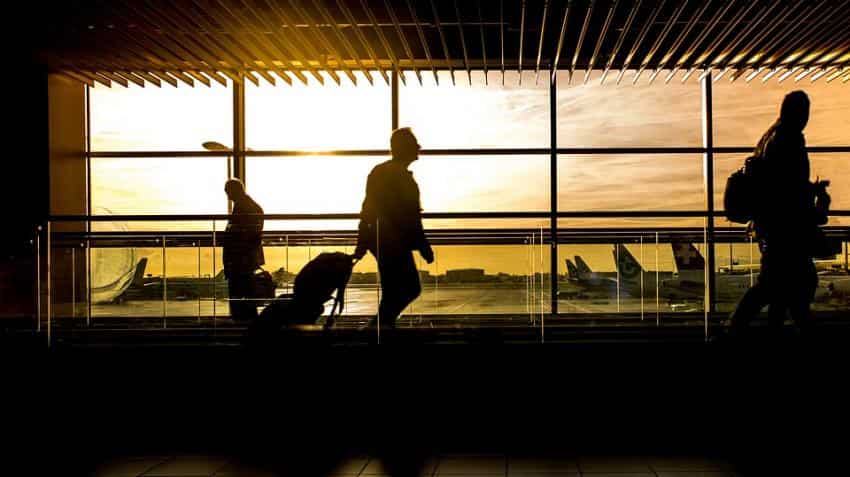 The Minister of State for Civil Aviation said that the government has given an ‘in principle’ nod for setting up 18 Greenfield airports in the country. Image Source: Pixabay
Written By: ZeeBiz WebTeam
RELATED NEWS

Aviation Minister Jayant Sinha in a reply to Rajya Sabha questions on Tuesday said that the estimated cost for developing new ‘Greenfield’ airports will be nearly Rs 30,000 crore.

“As regards construction of new Greenfield airports, execution of project including finalization of project cost and financing arrangement is the sole responsibility of the respective airport promoters. However, as per the information provided by the respective airport developer, the total estimated cost for setting up of above mentioned 18 Greenfield Airports in the country comes out to Rs. 30,000 crore (approx),” Sinha said.

The Minister of State for Civil Aviation said that the government has given an ‘in principle’ nod for setting up 18 Greenfield airports in the country.

Greenfield airports are those which are built from scratch on a new and undeveloped site.

The list of these airport were: Mopa in Goa, Navi Mumbai, Shirdi and Sindhudurg in Maharashtra, Bijapur, Gulbarga, Hasan and Shimoga in Karnataka, Kannur in Kerala, Durgapur in West Bengal, Dabra in Madhya Pradesh, Pakyong in Sikkim, Karaikal in Puducherry, Kushinagar in Uttar Pradesh, Dholera in Gujarat and Dagadarthi Mendal, Nellore Dist, Bhogapuram in Vizianagaram district near Visakhapatnam and Oravakallu in Kurnool District, Andhra Pradesh.

“Government of India has granted "site clearance" approval for setting up of the five Greenfield airports in the country. The list of these airports is as under: Machiwara, Ludhiana Airport, Itanagar in Arunachal Pradesh, Jamshedpur in Jharkhand, Alwar in Rajasthan and Kothagudem in Telangana,” Sinha added.

In the above mentioned airports, Sinha listed out the International Greenfield Airports as under.

In separate replies to Rajya Sabha queries Sinha mentioned plans for development of international airport at Bhogapuram and the development of Bilaspur airport and Raigarh airport in Chhattisgarh.