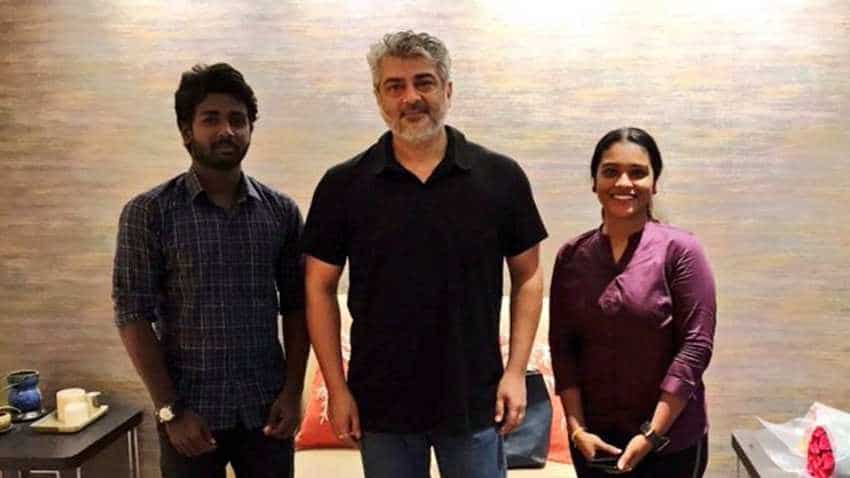 The film has earned around Rs 70 crore from Tamil Nadu theatres alone and is absolutely no mood to slow down. Source - Ramesh Bala/Twitter.
Written By: ZeeBiz WebTeam
Edited By: Prashant Singh
RELATED NEWS

Nerkonda Paarvai box office collection: How frequently do you see a content driven film bringing havoc at the box office! If there's one superstar who has the potential to do so, it is Thala Ajith. And, he has done exactly that with the Tamil remake of Pink - Nerkonda Paarvai - which is creating new records at the box office with each passing day. The film has earned around Rs 70 crore from Tamil Nadu theatres alone and is absolutely no mood to slow down. It has already earned Rs 10 crore at the Chennai box office, becoming the third film of the superstar to achieve the feat.

His hat-trick entry at the Prestigious ₹ 10 Cr Club after #Vivegam and #Viswasam#BBNKP10CrsInChennai pic.twitter.com/zwMgRo1sZ4

Ajith's last release Viswasam, which released on Pongal 2019, had earned a whopping Rs 140 crore at the Tamil Nadu box office alone. This means that the actor has raked in over Rs 200 crore from his last two releases in one year. And, this is only going to increase from here.

With this, Ajith has also become the first Tamil star to earn over Rs 200 crore in one year. "#Thala #Ajith becomes the 1st Tamil Movie Star to achieve a cumulative gross of ₹ 200 Crs in a single calendar year in TN.. #Viswasam and #NerkondaPaarvai in 2019.. #ThalaAjith1stStar200CrsinTN," Bala had tweeted on Tuesday.

Directed by H Vinoth, the film is the debut Tamil production venture of Bollywood filmmaker Boney Kapoor. It stars Shraddha Srinath, Vidya Balan and Abhirami in the lead roles. Ajith plays the role that Amitabh Bachchan played in the Hindi original. At this pace, it can also surpass the lifetime collection of Viswasam.