Reserve Bank Governor Shaktikanta Das on Saturday advocated the creation of a 'resolution corporation' with legislative backing for resolution and revival of stressed financial firms. 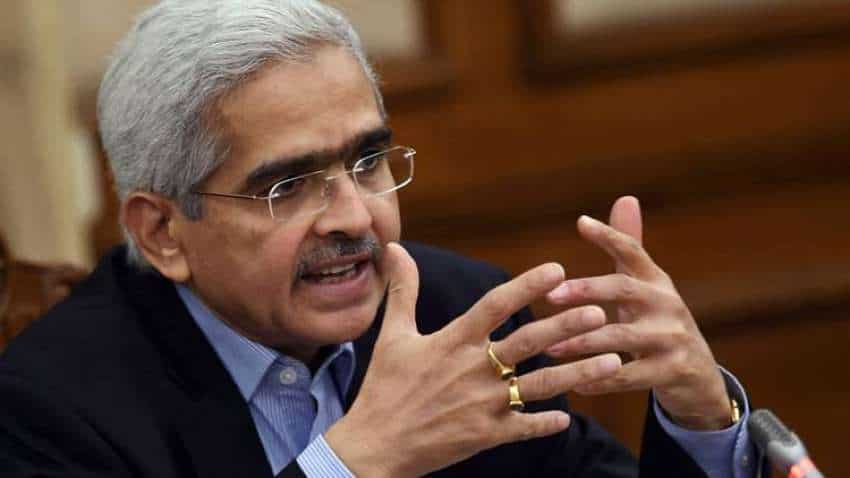 The government in August 2017 had introduced the Financial Resolution and Deposit Insurance (FRDI) Bill in Parliament which, among other things, proposed setting up of a resolution corporation. Photo: PTI
Written By: PTI
RELATED NEWS

However, after a year, the government decided to withdraw the bill as there were concerns raised about the protection of depositors' money if it was passed with the controversial "bail-in" clause, under which a bank's liabilities could be cancelled/modified to shore up its finances.

"Going forward, we need the legislative backing to have some kind of a resolution corporation, which has to deal with resolution and revival of stressed financial firms," Governor Das said at the 7th SBI Banking and Economics Conclave.

He said the regulator can issue early warning signals and flag the emerging risks.

"The regulator will continue to take necessary measures, continue to engage with the management of the bank or NBFCs to identify the vulnerabilities, but there has to be a legally-backed arrangement," he noted.

The governor said setting up a resolution corporation was earlier part of the FRDI Bill which the government withdrew because there were certain issues which needed closer examination.

He further said the notification issued under Section 227 of the Insolvency and Bankruptcy Code (IBC) has given additional powers to the RBI to deal with non-banking financial companies (NBFCs) and housing finance companies (HFCs).

By using those powers, the RBI had appointed an administrator for Dewan Housing Finance (DHFL) and that has been referred to the National Company Law Tribunal (NCLT), he said.

Das said the resolution of DHFL is on stream now.

"That is going on fairly well. We review it, we do monitor it from time to time," he added.

The Reserve Bank Governor said as far as banks and other financial institutions are concerned, the approach traditionally has been to merge a failed bank with a larger lender.

"While that definitely protects the depositors' interest but it also tends to pull down the balance sheet of the larger bank to which the smaller bank or the failed bank is merged," he noted.

Giving the example of Yes Bank, Das said initially a market-based resolution was tried out for the lender where investors had shown interest. It was thought as the best way of going ahead with the process wherein a new investor would come in, put money and take it forward but it did not materialise, he said.

"We then, without adversely impacting the balance sheet of any participating bank, worked out this arrangement of public private partnerships," the Governor said.
Under the bailout plan, Yes Bank had received around Rs 10,000 crore from eight financial institutions, including Rs 6,050 crore from SBI."

"The Yes Bank reconstruction scheme forged a unique public private partnership between leading financial entities of India, and it was implemented in a very quick time, which helped the bank's revival, successfully safeguarded the interest of the bank's depositors and ensured financial stability," Das said.

With regard to the Punjab and Maharashtra Co-operative Bank, the RBI is engaged with all stakeholders to find out a workable solution as losses are very high, eroding deposits by more than 50 per cent, he added.

Das further said the RBI's focus now is to identify the vulnerability from a very incipient stage, and then engage with the management of a bank or financial entity to ensure that the problem does not become larger.

"Having said that, I must say that a bigger responsibility lies with the banks and the financial entities themselves," he emphasised.

He added that many banks, both in the public and private sectors, have improved their internal risk management systems and procedures, and are able to take pre-emptive action.