Only one-fourth of those who downloaded the BHIM app, or nearly 51 lakh customers have actually linked the app with their bank accounts. 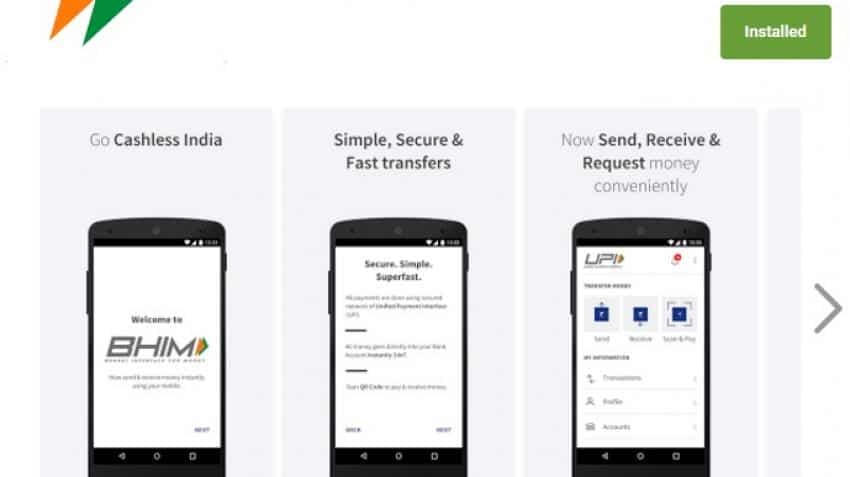 This is not the first time the application has faced problems. Photo: Official Website
Written By: Hitisha Jain
RELATED NEWS

No vulnerability of UPI or BHIM, assures NPCI

National Payments Corporation of India's (NPCI) Managing Director and CEO A.P. Hota on Monday said that since the launch of Bharat Interface for Money (BHIM) there have been 19.16 million downloads.

However, only one-fourth of those who downloaded the BHIM app, or nearly 51 lakh customers have actually linked the app with their bank accounts.

According to an IANS report, Hota's comments came in after certain media reports, which had pointed out the "technical malfunction in some banks' UPI application, and NPCI has implemented adequate governance mechanism for banks to report any fraud or system issues and their redressal".

Moneycontrol.com had reported that the apps UPI and BHIM are likely to be vulnerable to security glitches and banks have witnessed instances of fake transactions.

Moreover, quoting a source, the media report named Bank of Maharashtra as one of the victims and had said that private banks have not reported about the fraud yet.

This is not the first time the application has faced problems. On January 25, there were media reports which had stated that the users are facing several "teething problems" that need to rectified.

A common complaint that was seen that time was about the app not being able to generate a mobile PIN for debit cards that do not have expiry dates.

However, the experts described the glitches as "initial teething problems" that would get addressed with time, IANS had reported that time.

Saket Modi, CEO & Co-founder, Lucideus, had told to IANS that the IT risk assessment and digital security services provider behind the security for BHIM -- the architecture in which the app works is a complex one where you are doing inter-bank transactions in real-time with an intermediary -- the National Payments Corporation of India -- and a simple application sitting on your mobile phone.

Late-December, when 50-day long demonetisation exercise was on the verge of ending, Prime Minister Narendra Modi had launched BHIM application during his address to 'DigiDhan Mela' in order to give a push to digital payments.

But, why are people not linking their bank accounts with BHIM?

No vulnerability of UPI or BHIM, assures NPCI