In a rare move, the government approached the NCLT to take over the management with a view to protecting the interest of nearly 20,000 home buyers. The government's intervention in this case comes almost a decade after it had taken over the board of IT firm Satyam (now Tech Mahindra) and sold it to Mahindras'. 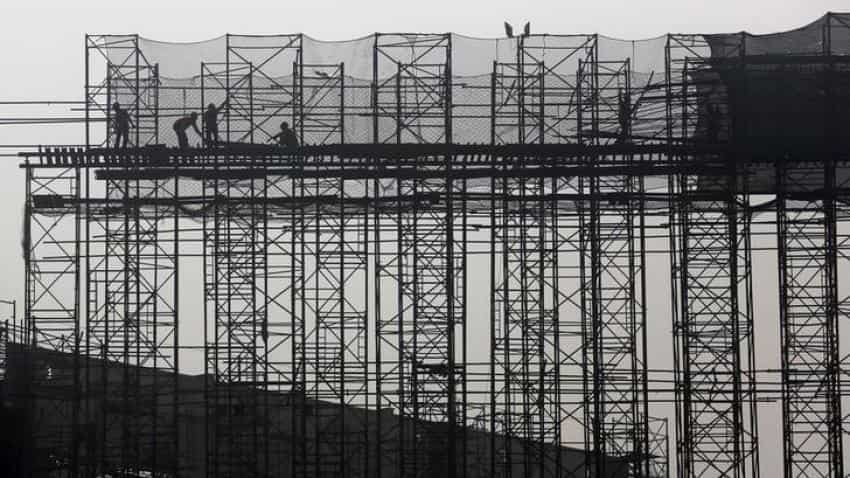 In a rare move, the government approached the NCLT to take over the management with a view to protecting the interest of nearly 20,000 home buyers. Representational photo: Image source: Reuters
RELATED NEWS

The company law tribunal, NCLT today suspended all the eight directors of realty firm Unitech over allegations of mismanagement and siphoning of funds, while authorising the government to appoint its 10 nominees on the board.

In a rare move, the government approached the NCLT to take over the management with a view to protecting the interest of nearly 20,000 home buyers.

The government's intervention in this case comes almost a decade after it had taken over the board of IT firm Satyam (now Tech Mahindra) and sold it to Mahindras'.

The National Company Law Tribunal (NCLT) said the government must give name of its nominees by December 20, while restraining Unitech's eight suspended directors from selling their personal and company properties.

The tribunal's order came after the government filed a petition arguing that Unitech was a fit case for winding up but considering the interest of thousands of home buyers and small depositors, it wanted to take over company management.

A two-member NCLT bench headed by Chairman Justice M M Kumar also directed the government to give 10 names by December 20, the next date of hearing.

While Unitech was not represented during the morning hearing, in the afternoon the firm moved the tribunal challenging its order saying that no "coercive steps for execution" can be taken in view of a November 20 order of the Supreme Court.

However, the tribunal refused to keep in abeyance its order to suspend the incumbent directors of Unitech Ltd and said the government appointed directors would comply with all the orders of the Supreme Court.

"This order, already passed shall be subject to compliance of all orders of Supreme court," said the NCLT bench headed by Chairman Justice M M Kumar.

The tribunal also directed Sanjay Chandra and Ajay Chandra to file their replies.

In the morning, Justice Kumar said: "In view of the fact and satisfaction of basic criteria for interim directions, a prima facie case is made out and in larger public interest we grant the interim directions."

Additional Solicitor General Sanjay Jain, appearing for the government in NCLT, said: "They (tribunal) have permitted the central government to appoint 10 nominee directors to run the day to day business and list of that would be given by 20th December."

According to him, the NCLT has also directed that the "suspended directors of the company shall not sell, mortgage or create charge either their properties or company's properties".

He further said, "We want to avoid insolvency of this company, otherwise the 19,000 home buyers will be left high and dry." Moreover, there are around 51,000 depositors of Unitech. Nobody had appeared for Unitech in the morning.

Jain told the tribunal that the government tried to serve Unitech an advance copy of the petition but the realty firm refused to accept it and the official was not allowed enter Unitech's office.

The counsel representing Unitech approached the NCLT, when the tribunal assembled post-lunch hearing, contending that government has not shown the facts correctly.

The company has over Rs 6,000 crore debt with more than 16,000 undelivered units from a total of nearly 70 projects.

In its petition filed under section 241 of the Companies Act, 2013, the government requested the tribunal to remove the eight directors.

It sought permission for "recovery of undue gains made by the respondents upon the findings of investigation into diversion and siphoning of funds as ordered by the tribunal."

"In order to further prevent acts of fraud, continuous misfeasance, breach of trust to the stakeholders of Unitech persistent negligence in the obligation and discharge of duties as directors of Unitech, the tribunal may empower the central government to appoint 10 nominee directors consequent upon the removal of the respondent directors," the petition said.

Section 241 (2) of the Companies Act 2013 grants power the central government that "if it is of the opinion that the affairs of the company are being conducted in a manner prejudicial to public interest, it may itself apply to the Tribunal" to take management or control of the company.

This could be done through an alteration in the Board of Directors or in the ownership of the company's shares.

The Supreme Court had recently asked Unitech to deposit Rs 750 crore by December-end in bail pleas of Sanjay Chandra and Ajay Chandra, who were arrested by the Economic Offence Wing (EOW) of the

Delhi Police in April for allegedly not developing a project despite receiving funds from investors. The Unitech stock jumped nearly 20 per cent to Rs 7.29 on BSE.