UK exports to India, led by innovative machinery and mechanical appliances, form a large part of this trade basket, increasing significantly by 14.9 per cent. Joint research in science and technology grew from 1 million pounds in 2008 to 400 million pounds in 2018. 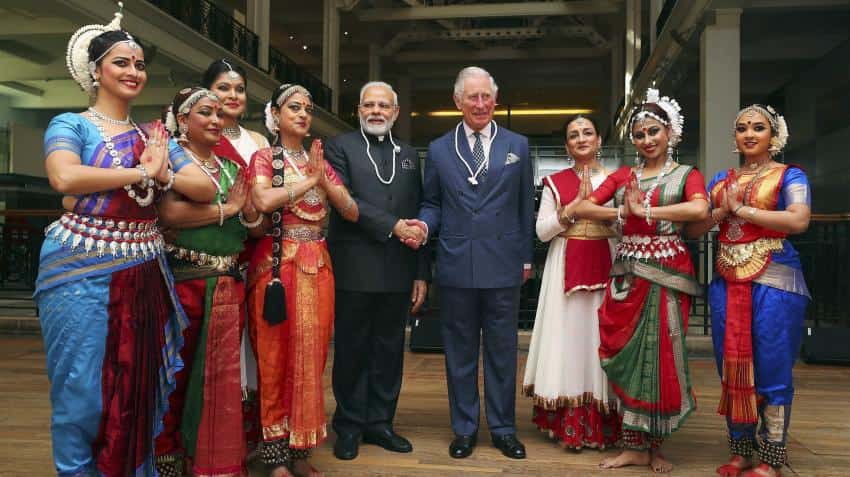 Narendra Modi UK visit: The British government today announced a new India-UK trade partnership to mark Prime Minister Narendra Modi's visit here, which comes with a huge boost for the country's economy. The UK's Department for International Trade (DIT) said a range of new Indian investments worth more than 1 billion pounds will create or safeguard 5,750 British jobs for the economy as part of the new partnership, which builds on the recommendations of the Joint Trade Review (JTR) between the two countries which concluded earlier this year.

"Removing barriers to trade is a key way in which the UK can capitalise on the predicted growth in world markets and so I'm delighted we have come to this new trade partnership with India," said Liam Fox, UK international trade secretary.

"It is clear that the opportunities for growth in trade with India are plenty, and as an international economic department we will continue to use tools such as trade missions not only to boost UK exports, but also to help businesses of all sizes forge ties and build cultivate relationships with potential buyers and investors," he said.

According to DIT figures, total trade in goods and services between the UK and India was 18 billion pounds in 2017, a 15 per cent increase from 2016.

UK exports to India, led by innovative machinery and mechanical appliances, form a large part of this trade basket, increasing significantly by 14.9 per cent. Joint research in science and technology grew from 1 million pounds in 2008 to 400 million pounds in 2018.

The UK also intends to recruit a British cyber security industry expert to be based at the high commission in New Delhi, with a remit to share British expertise and connecting Indian private and public sector organisations with cutting- edge UK companies who can supply their specific requirements.

"The visit of Prime Minister Modi will see the launch of a package of technical assistance to help India climb further up the rankings for ease of doing business, benefitting UK companies and the Indian economy alike. Additionally, the two countries have also agreed to strengthen ties between their respective agriculture industries," the DIT statement said.

Modi is in the UK on a four-day visit for bilateral meetings with British Prime Minister Theresa May as well as multilateral dialogue as part of the Commonwealth Heads of Government Meeting (CHOGM).