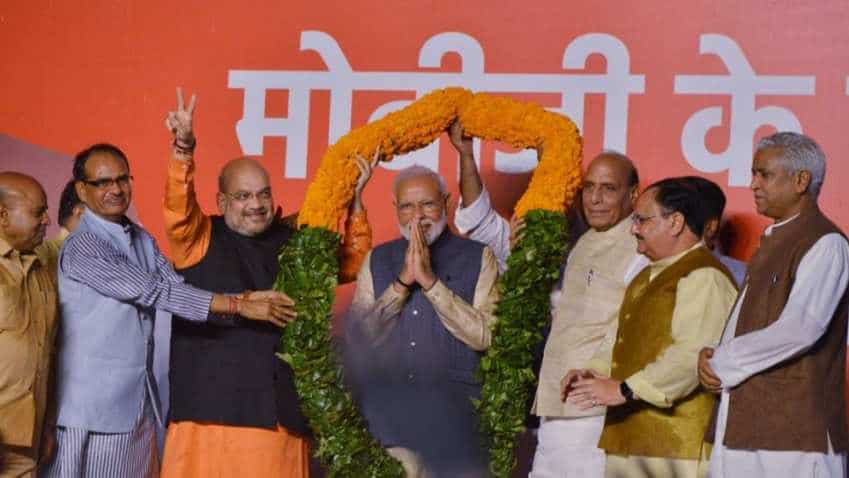 PM Modi's second oath-taking is expected to be grander than the last time, when he had invited leaders of the SAARC countries, including the Prime Minister of Pakistan, for swearing-in in May 2014. This time, PM Modi is expected to invite world leaders.

In the just-concluded Lok Sabha polls, PM Modi has led BJP to a massive victory for a second term in office. The BJP scored absolute majority, bagging 272 of declared 458 seats till midnight on Thursday, and it was on course to touch the 300-seat mark in the 543-member Lok Sabha.

Congress President Rahul Gandhi has lost in his bastion of Amethi in Uttar Pradesh to Smriti Irani. Gandhi, however, won a consolation prize in the form of Wayanad Parliamentary seat in Kerala.

Former prime minister and JD(S) chief H D Deve Gowda lost from Tumkur seat in Karnataka. BJP has won 25 of the 28 seats in the state.