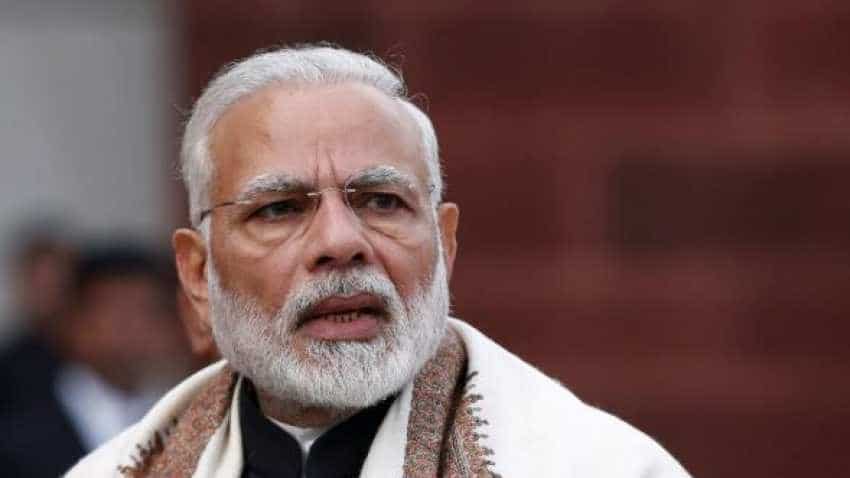 Prime Minister in his address to the nation today, said that India is doing great in space technology and this is the great achievement for a nation. Reuters
Written By: ZeeBiz WebTeam
RELATED NEWS

Narendra Modi speech: Amid hectic election campaigning, tussle with the Opposition and preparing party candidates' list for Lok Sabha elections this year, Prime Minister Narendra Modi has just addressed the nation with an important message today. At 11:23 hrs today, PM tweeted that he will address the nation to bring an important message for the people. ''I would be addressing the nation at around 11:45 AM - 12.00 noon with an important message. Do watch the address on television, radio or social media,'' tweeted Prime Minister. PM Modi announced that India has become 4th space super power in the world. India has successfully destroyed a Low Orbit Sattelite on 27th March, 2019 (today).

Prime Minister in his address to the nation today, said that India is doing great in space technology and this is the great achievement for a nation. We all should be proud of our country to become a 4th nation after USA, China and Russia to destroy a Low Orbit Sattelite, PM added. The mission was named 'Shakti'. He congratulated the team Shakti for achieving the feat.

"Today is 27th March. A while ago, India achieved a historic feat. India today registered itself as a space power. Till now, 3 countries of the world- America, Russia, & China had this achievement. India is the 4th country to have achieved this feat," Pm Modi said. He said that Mission Shakti is an important step towards securing India’s safety, economic growth and technological advancement.

In the journey of every nation there are moments that bring utmost pride and have a historic impact on generations to come.

One such moment is today.

India has successfully tested the Anti-Satellite (ASAT) Missile. Congratulations to everyone on the success of #MissionShakti.

"A-SAT missile will give new strength to India's space prog. I assure int'l community that our capability won't be used against anyone but is purely India's defence initiative for its security.We're against arms raised in space. This test won't breach any int'l law or treaties," Modi said.

Notably, the last time PM Modi made such a sudden announcement, it led to the demonitisation of the 80 per cent of the nation's currency (Rs 500 and Rs 1000 notes were banned). This was during his address in November, 2016.

#MissionShakti was a highly complex one, conducted at extremely high speed with remarkable precision. It shows the remarkable dexterity of India’s outstanding scientists and the success of our space programme.

Cabinet Minister, Nitin Gadkari also congratulated the team Shakti for such huge achievment in the space technology and on India registering itself as a space power in the world.