The stimulus is also likely to cover the financial markets that may get relief from the tax on FPIs imposed in this year`s Budget. 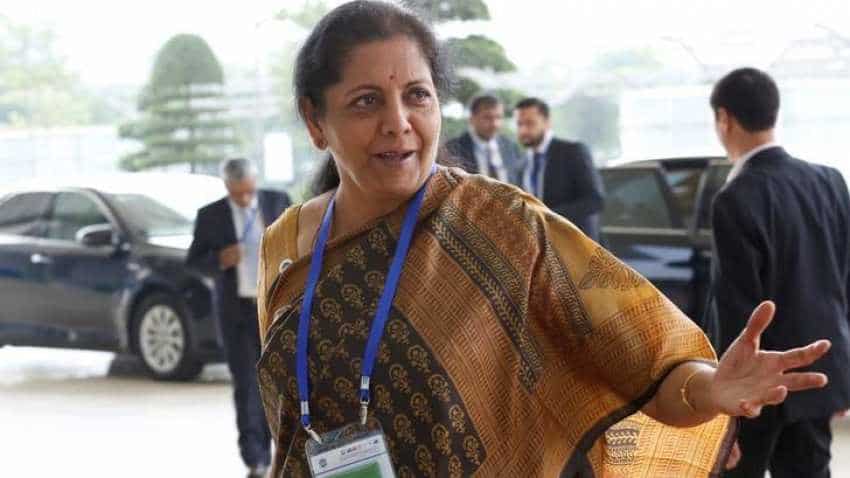 FM Sitharaman is meeting representatives of the financial sector on Friday and a clarity is expected to emerge. Image source: Reuters

The slowdown-hit economy may soon get a booster dose from the PM Narendra Modi led government with the Finance Ministry working on a stimulus package for the industry including a slew of financial measures ranging from tax cuts, subsidies and other incentives, sources said. Official sources said the package would not only aim to reduce the cost for the industry but would also lay out procedures that would further provide impetus to ease of doing business.

As concerned voices rise in India Inc over a consistent fall in demand, the measures would also try to address the issues of raising consumption by providing more money into the hands of consumers and reducing the prices of consumables by reducing indirect tax rates of a host of consumption items.

Already, a separate package is being looked at for the auto sector whose representatives recently met Finance minister Nirmala Sitharaman. The industry has sought lower GST rates on automobiles and introduction of a scrappage policy that incentivises new purchase. The Government has already reduced GST on electric vehicles.

The stimulus is also likely to cover the financial markets that may get relief from the tax on FPIs imposed in this year`s Budget. While Finance Ministry officials are unwilling to indicate what changes could be made, sources said the matter has been discussed internally and certain changes could be announced this week.

Sitharaman is meeting representatives of the financial sector on Friday and a clarity is expected to emerge.

Also on the anvil for the financial sector is a relook at the long-term capital gains tax (LTCG). Sources said the Finance Ministry is studying implications of withdrawing LTCG after the three-year holding period.

The other taxation on the market transactions such as tax on dividend distribution may also rejigged and so is the case with tax on share buybacks introduced in the Budget this year.

Finance Minister Nirmala Sitharaman on Thursday met industry representatives, and the business personalities who attended the meeting said the minister has assured them of taking steps to revive the economy.

Sajjan Jindal, Chairman and MD of JSW Group tweeted: "The @FinMinIndia has assured that special attention will be given to the MSME and NBFC sectors as they play a vital role in the revival of our economy. They have also committed to address the issues of the Steel, Auto & Textile sectors on priority.

"All industry leaders left the meeting in an upbeat mood about the revival of the Indian economy," he said in another tweet.