Narendra Modi: 100 days of govt just a trailer, full movie yet to come

Prime Minister Narendra Modi on Thursday said that the 100 days of his government`s work was just a trailer and the entire film is yet to come. 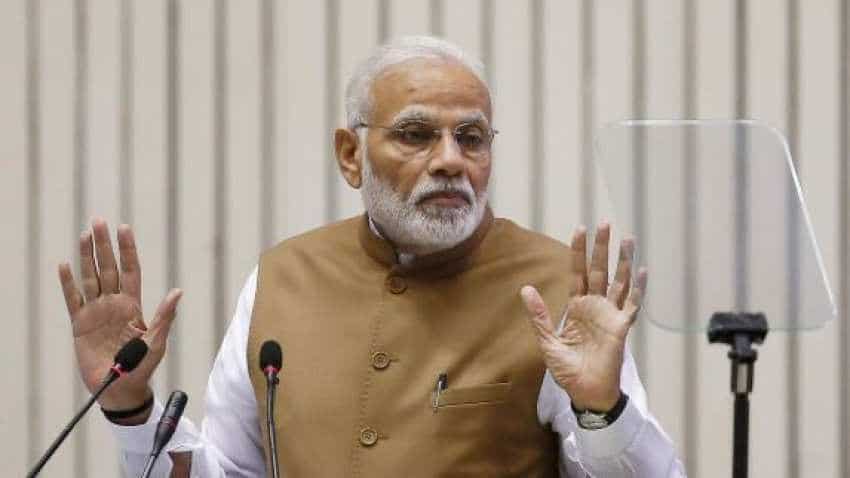 Prime Minister Narendra Modi on Thursday said that the 100 days of his government`s work was just a trailer and the entire film is yet to come. Reuters

Prime Minister Narendra Modi on Thursday said that the 100 days of his government`s work was just a trailer and the entire film is yet to come. "The 100 days work of the government is just a trailer and the movie is yet to come. Those who were thinking that they are above the law are seeking bail now. I am working on what I had promised. I had promised a Kamdaar (working) and Damdaar (effective) government," said Modi while launching three national level schemes here on Thursday.

He said "In 100 days, Muslim women have been given their right and triple talaq law has been implemented. The anti terror law has been made more stringent, the work for development of Jammu and Kashmir has been initiated. Those who were plundering people have been sent to the right place (Jail). And what we had promised to farmers is being delivered".

Modi on Thursday launched a pension scheme for farmers, small traders and 462 Eklavya Model residential schools for tribal students. He inaugurated the riverine multi-modal terminal in Sahebganj district and the new assembly building at Ranchi. He also laid the foundation stone of the new secretariat.

Modi termed the recently concluded Monsoon session of Parliament as historic for which he thanked the Members of Parliament (MPs) and political parties. He said that important bills were passed during the session.

"Jharkhand has become the launching pad for national level schemes. In September last year, the world`s biggest health scheme Ayushman Bharat was launched from the same Prabhat Tara ground. Today three national level schemes have been launched. This will give a new identity to Jharkhand", said Modi.

"The Sahebganj multi-modal terminal will give new opportunities to Jharkhand. It will play an important role in transportation of domestic coal from the local mines in Rajmahal area to various thermal power plants. This is part of the Haldia-Varanasi waterway project. It will also provide a market for the products of Jharkhand in other parts of the country".

"Our government`s mission is to make the life of people including tribals easier. We have launched schemes like Ayushman Bharat, PM Jeevan Jyoti Yojna, Jan Dhan account which could not have been thought of five years ago."

He also appealed to the people of Jharkhand to actively participate in ending the menace of single-use plastic.

"Collect single-use plastic at one place and make the country free from this menace on the 150th birthday of Mahatma Gandhi," said Modi.

Jharkhand assembly elections will be held by the end of the year.

HCL Tech to train up to 18,000 technology, consulting professional on Google Cloud

Rupee faces risk of decline to 83-84 against American dollar: Know what analysts say