As if heavy showers were not enough for Mumbai’s problems, now a bridge has collapsed at Andheri station, which has left Western Railways operations to be suspended in certain areas. 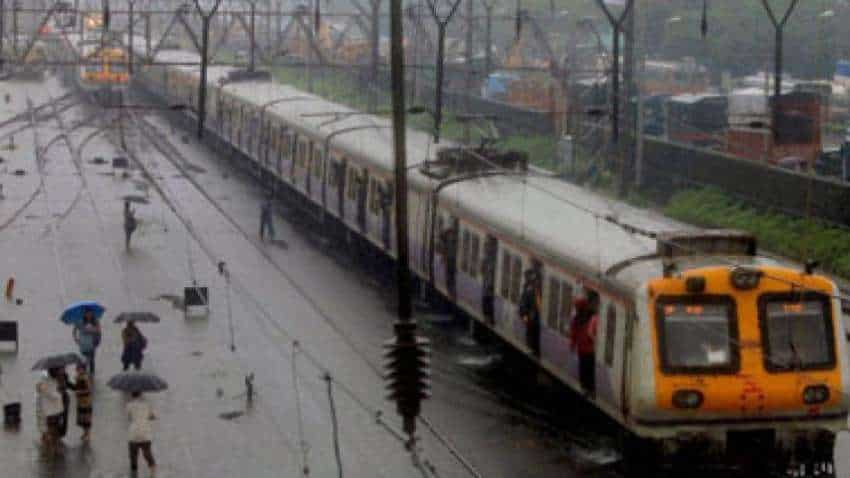 Monsoon is here! Can problems be far behind, especially in maximum city, Mumbai? Heavy rains have turned out to be a disaster for the country’s  financial hub Mumbai which has been hit by a massive chukka jam today because of huge showers which began from early hours of Tuesday. This has left a massive hurdle for every citizen travelling to work or any other place. As if heavy showers were not enough for Mumbai’s problems, now a bridge has collapsed at Andheri station, which has left Western Railways operations to be suspended in certain areas.
The collapsed Gokhale Bridge  connects Andheri East to West and it has affected the overhead wires as well. The accident took place early in the morning at around 7.30 am.
Mumbai Police tweeted saying, “Part of Gokhale Bridge, connecting Andheri East to West has collapsed affecting the overhead wires too.Trains on the western line are affected.BMC,Fire Brigade as well as RPF Staff & Officers are deputed on spot for support.Traffic above & below the bridge is stopped for now.”

Western Railways is trying to restore the services, they are guiding people in regards to their journey in trains today.

The Railways through their Twitter account said, “Restoration of OHE and tracks between Andheri--Vile Parle is going on war footing. Expected clearance of Harbour lines by 14. 00 hrs in this section will provide direct trains bet Goregaon-Churchgate & Goregaon - CSMT.”

For now Western Railways Suburban services are running between Goregaon to Virar and Bandra to Churchgate. The authorities have stated that harbour lines between Andheri-Vile Parle expected to be cleared soon.

When the incident took place in early morning. The Railways terminated few western trains. Mentioned below is the list.

Even express trains were either rescheduled, terminated or delayed by Western Railways.

Few trains that were terminated by Western Railways, are now having alternatives for passengers travelling to various destinations.

The Mumbai rains are going to get worse for another 48 hours.

IMD has issued a notification saying, intermittent rain/showers likely to occur with heavy to very heavy falls at a few places over the city and suburbs.” This will be the situation of Mumbai in next 48 hours, as per the weather forecaster.