The India Meteorological Department (IMD) said for the next 24 hours, intermittent rain or showers with heavy rain are expected in isolated places in the city and suburbs. 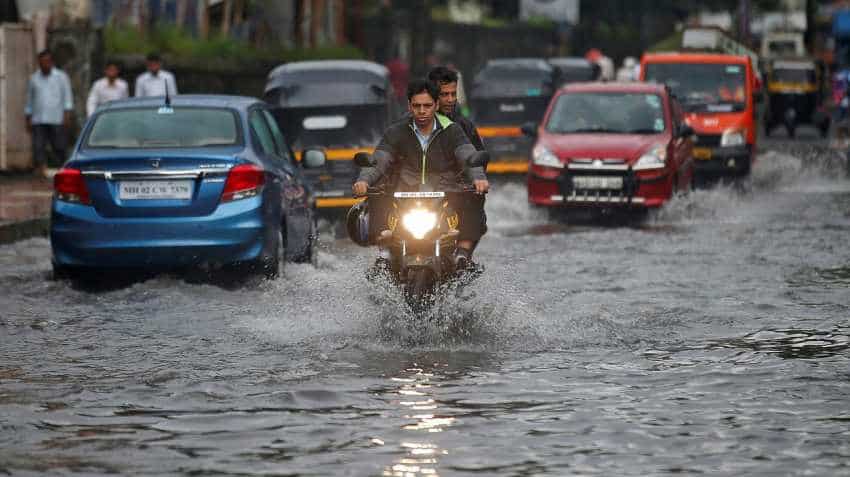 Mumbai rains update: Heavy rain is still expected in Mumbai, for adjoining areas like Palghar and Raigad, a red alert has been given for the day after. The weather forecast warns of extremely heavy rain at isolated places. With rain lashing several parts of Maharashtra, Chief Minister Devendra Fadnavis held a cabinet meeting to review the flood situation in the state and asked the officials concerned to provide speedy recovery to those affected people.

The India Meteorological Department (IMD) said for the next 24 hours, intermittent rain or showers with heavy rain are expected in isolated places in the city and suburbs.

Forecasting for the next 48 hours, weather forecast agency says that the intermittent rain or showers with heavy rain or showers are expected at isolated places in the city and suburbs.

As per the report, due to the strengthening of monsoon currents and formation of a low-pressure area over north Bay of Bengal adjoining coast to north Kerala coast, rainfall activity is very likely to be active and continue over the west coast and adjoining ghat areas of Madhya Maharashtra, Konkan, Goa during the next three to four days.

Mumbai and adjoining areas, especially Thane, Kalyan and Palghar, witnessed heavy rain activity through the past weekend. Looking at the flood-like situations in many parts of the city, Monday was declared a holiday in schools and colleges in Thane.

As per Skymet weather report, In the last 24 hours, Mahabalaehswar in Maharashtra has been the rainiest place in India with 279 mm of rainfall.