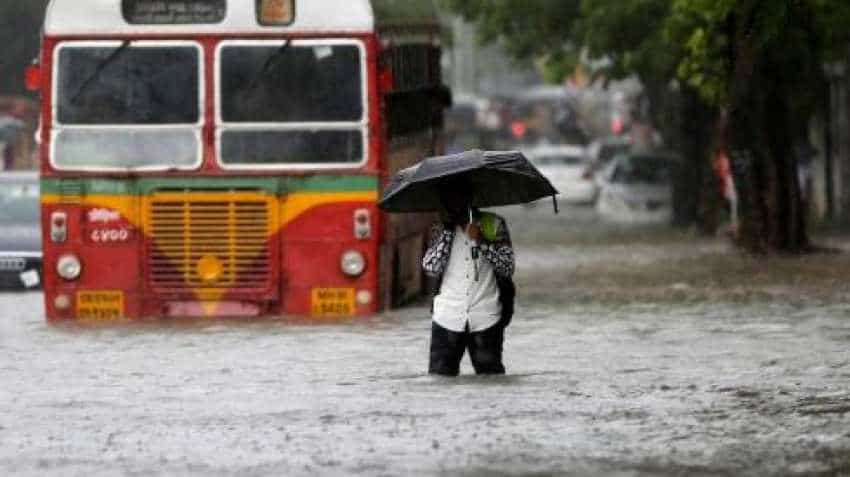 Mumbai rains Latest News: The financial capital of India, Mumbai is facing tough life battling the harsh monsoon season this year. The India Meteorological Department (IMD) has predicted a 'heavy to very heavy' rains in Mumbai for Sunday, including 'extremely heavy' rain in isolated areas of city.  Mumbai rains have returned to city after silent 3 weeks, and has come back heavy on residents. The Brihanmumbai Municipal Corporation (BMC) has also asked citizens to stay alert as there are chances of receiving heavy rains in a day or two.

''As per warning from IMD about extremely heavy rainfall on 28th July 2019 citizens to note and avoid venturing around sea. For any assistance please dial 1916 helpline,'' said mybmc official twitter account. Building collapses are not stopping in the city as Nand Vilas building in Mumbai fell on Sunday morning. The incident trapped a worker who was working inside, but was rescued by the fire services and was taken to the nearby JJ hospital later.

Nand Vilas is a three-storeyed building at Maulana Shaukat Ali road and was in an old and dilapidated condition. The incident took place at 4.00 am, when a part of the ceiling fell down. A civic body spokesperson said, '' The civic machinery, including the Disaster Management Cell, has been put on alert. We are prepared to meet any emergency situations. Wherever required, ward officials have been asked to visit areas in their jurisdiction to monitor the situation on the ground.''  The railway was also remained affected as the Mahalaxmi Express trapped near Vangani in neighbouring Thane district after heavy rains caused the Ulhas river to flow above its danger levels, breaking its banks.

However, Central Railway has informed that over 1,000 passengers were rescued from the Mumbai-Kolhapur Mahalaxmi Express earlier on Saturday after a successful operation by NDRF, Army, Navy, Air Force and railway teams.

IMD also said that Mumbai and its suburbs, Thane, Palghar and Pune have received rainfall in excess of the normal average between June 1 and July 24. While rainfall across Maharashtra on Sunday, will be beneficial for regions with deficit rainfall this season, such as Marathwada and Vidarbha.