Monsoon hit Mumbai is facing acute waterlogging as it has the normal life there on Friday had to face the woes of delay in flights, road and train services. 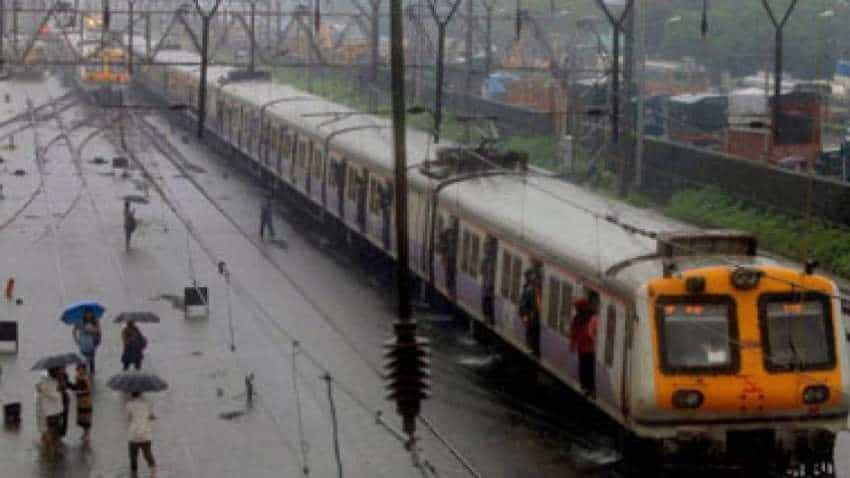 Monsoon hit Mumbai is facing an acute waterlogging crisis that has affected normal life there on Friday. The public had to face problems of delays in flights, road and train services. The lifelines of the city - the Central Railway (CR), Western Railway (WR) and the main roads and Eastern Express Highway (EEH) and Western Express Highway (WEH) - were hit with water-logging in several places as rains continued to lash the city almost incessantly since last night. An airport official said there were normal visibility-related delays of average 15 minutes, mainly for incoming services, but operations continued largely unaffected.

The Andheri subway was shut as it was flooded with some vehicles stranded inside and there were huge traffic snarls on both the EEH and WEH. However, the northern arm of WEH was near-normal as traffic remained mobile though crawling.

The Mumbai Traffic Police imposed diversions in many parts of the city including Sion, Dadar, Kurla, Sewri, Chembur, Khar, Bandra, Andheri, Kanjurmarg, Bhandup, Wadala, and Kings Circle as the main roads were submerged in up to two-three feet waters.

Local trains on both the CR and WR were affected with delays ranging from 15-45 minutes, owing to water-logging on railway lines, stranding millions of commuters, especially students. The tracks were flooded in parts of Palghar, Thane and eastern and western suburbs on the suburban section.

According to the BrihanMumbai Municipal Corporation (BMC), from 8 a.m. to 1 p.m., the city received 53 mm rains, the eastern suburbs got 92 mm and the western suburbs recorded 77 mm rainfall.

Suburbs of Andheri, Juhu, Vikhroli, Kurla and others received in excess of 100 mm spots of rain during the same period.

The IMD Mumbai has forecast a few heavy spells of rains this evening and a wet weekend as rains are set to continue over the next two days.

Besides Mumbai, adjoining districts of Thane, Raigad and Palghar also received good rains since last night, spelling cheer for the farmers and commoners. (With inputs from IANS)