The government has plans to construct at least one million affordable homes, augment social amenities, infrastructure, create eight million jobs even as the Mumbai population is expected to grow from the existing 12.44 millon, peak to around 12.79 million by 2021 and then stabilize at around 11.40 million by 2034, said Karir. 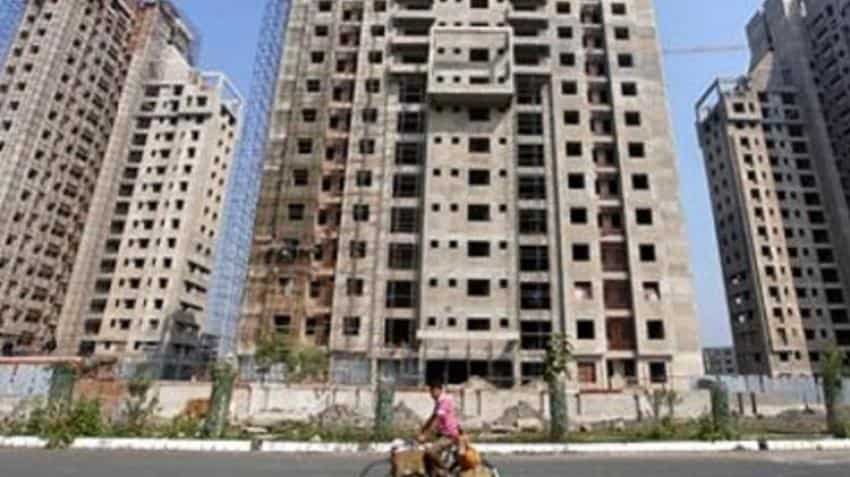 The government has plans to construct at least one million affordable homes. Image source: PTI
Written By: IANS
RELATED NEWS

Finally biting the bullet, the Maharashtra government on Wednesday permitted releasing 3,355 hectares of land, falling under `No Development Zones` or salt pans, for housing, besides a bonanza of higher FSI to realtors, and easing the `vertical` development of the water-locked city.

While around 2,400 hectares, including 300 hectares to be freed from salt pans, are earmarked specifically for affordable housing for the lower-middle class and poor sections, the the floor space index across the city has been hiked for residential and commercial purposes, said BrihanMumbai Municipal Corporation (BMC) Commissioner Ajoy Mehta.

He was speaking along with Urban Development Department Secretary Nitin Karir at the release of the much-anticipated Development Plan 2034 for Mumbai after the approval accorded by Chief Minister Devendra Fadnavis.

The government has plans to construct at least one million affordable homes, augment social amenities, infrastructure, create eight million jobs even as the Mumbai population is expected to grow from the existing 12.44 millon, peak to around 12.79 million by 2021 and then stabilize at around 11.40 million by 2034, said Karir.

For this, the government has estimated the need for constructing at least three million new homes or a construction of around 5.50 million square metres, to cater to an average family size of 4.2, thereby increasing the per capita housing requirement from the existing 9 square metres to upto 18-20 square metres.

However, the government has not compromised on 12,859 hectares marked as "natural areas" comprising hilly tracts, slopes, mangroves, vegetation areas and eco-sensitive zones, which will be treated strictly as NDZ now, the officials indicated.

Also, separate provisions shall be made for the traditional existing `gaothans` (villages and tribal hamlets within the city), `koliwadas` (fishing colonies) to keep their identity intact while including them in the mainstream developmental activities.

The government has also conceded to a long-standing demand of the realtors by hiking the FSI in south Mumbai from 1.33 to 3 for residential projects and 5 for commercial ventures like hotels, business parks and complexes, educational institutions, etc.

In the suburbs, FSI is hiked from 2 to 2.5 for residential projects and from 2.5 to 5 for commercial ventures.

This would mean developers can build much higher on a given plot area by adding floors and enable the `vertical` growth of the city, already boasting of some of the tallest buildings in the country.

The new DP 2034 came after a delay of nearly four years after the previous draft version released in February 2014 led to a public furore for major errors/omissions.

Terming it as a `Disaster Plan` for Mumbai, the Opposition Congress has questioned that when there is an unsold stock of 525,000 flats in Mumbai, what is the guarantee that the promised new stock of one million homes would be indeed affordable.

In a sharp critique, Mumbai Congress President Sanjay Nirupam said the new DP-2034 is intended to help the realtors to flourish their business in the guise of "affordable housing", particularly in the suburbs where most of the NDZ lands are being opened.

"The government is conspiring with the corporates and developers by conveniently excluding the 1,900 acres of Mumbai Port Trust (MbPT) lands, rendering uncertain the future of over 15,000 slumdwellers on ita Mumbai is already the second-most congested city in the world with a population density of 31,700/square km, and the new DP-2034 will congest it more, adding to chaos," he said.

Questioning the motives to dereserve the huge NDZ tracts, Nirupam said it is a ploy to help the builders at the cost of maintaining the city`s ecological balance and providing real relief to the poor masses.

Similarly, NGO Citizens Civic Solutions Foundation`s Mitesh Prajapati has threatened to challenge the government`s move to increase FSI in the city and suburbs in the courts.