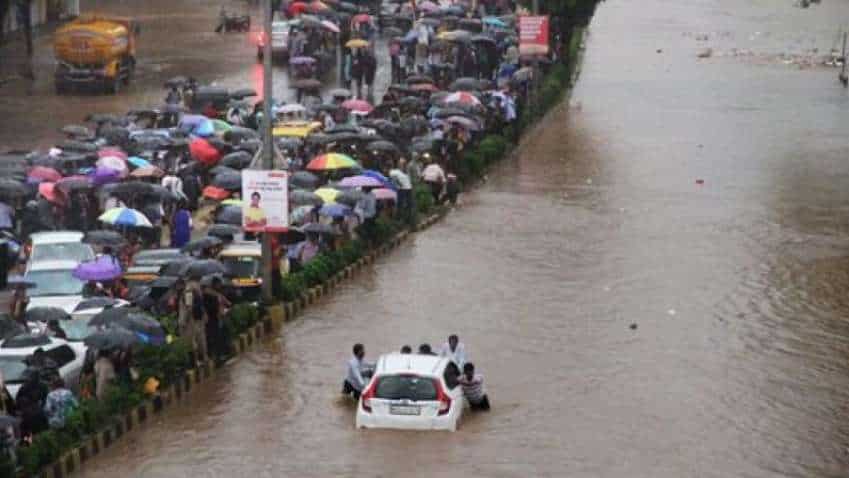 Most parts of south Mumbai received substantial rain and accompanied by a high tide of 4.41 metres, there was in waterlogging at several areas in the city and suburbs, hindering traffic flow, said the BMC Disaster Control.

In the suburbs, waterlogging was reported in Andheri forcing closure of the subway, and vehicle movement had slowed down in Borivali, Malad and Jogeshwari areas.

To speed up the water flow into the Arabian Sea, BMC teams had opened up several manholes in different parts of the city.

Though Mulund, Bhandup and Powai also received good rain, there were no reports of any disruptions of normal life so far.

There were at least 24 incidents of major or minor tree crashes in the city, and 3 minor incidents of house collapses, besides 9 complaints of electrical short-circuits, but there were no casualties.

The IMD Mumbai has forecast very heavy rain in Mumbai and Konkan over the next 24 hours, with warnings to people not to venture outdoors unless necessary.

The BMC has warned of a major 4.57 metre high tide at 11.38 a.m. on Saturday, with prospects of waterlogging if it rains simultaneously.

The IMD has issued an Orange Alert for most of the coastal Konkan on Friday-Saturday-Sunday, besides north and south Maharashtra.