Many airlines like SpiceJet, Vistara, GoAir and Indigo have warned passengers to check their flight status to or from Mumbai while travelling. 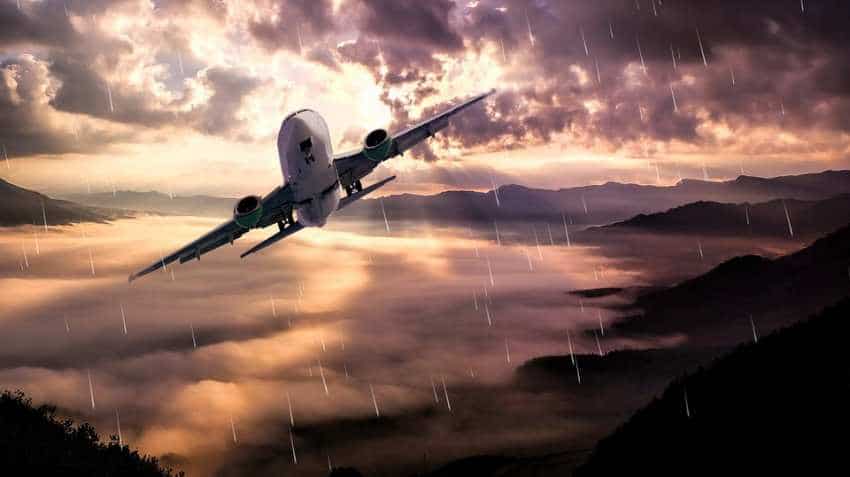 Chhatrapati Shivaji International Airport in Mumbai is now facing heavy traffic, crowds with many flights being cancelled or delayed. Something that can be blamed to the monsoon which started late but with a bang and this month the rains were at a new peak, once again creating havoc in various parts of the city.  In the past few days, already rains have resulted in several flight delays. Saturday was also no different. Many airlines like SpiceJet, Vistara, GoAir and Indigo have warned passengers to check their flight status to or from Mumbai while travelling. Notably, many flights of these domestic carriers have already been cancelled or scheduled for cancellation.

SpiceJet tweeted, “#WeatherUpdate Due to bad weather at Mumbai (BOM), all departures/arrivals and their consequential flights might get affected. The passengers are requested to keep a check on their flight status via.”

Vistara said in a tweet, “#TravelUpdate: Due to bad weather (heavy rains) in Delhi and Mumbai, flights to/from Delhi and Mumbai may be impacted. Please visit (link: http://airvistara.com) airvistara.com or SMS UK <flight no> to 9289228888 for updated flight status. Thank you.”

Indigo had tweeted last week, “Due to #MumbaiRains, passengers may experience delays today. We're doing everything we can to minimise disruptions and keep you informed. As always, we suggest you check your flight status (link: https://bit.ly/2GNbhR9) bit.ly/2GNbhR9 before leaving for the airport & keep extra travel time in hand.”

At Mumbai airport website, you can see the status of your flight as well. Data tracked from the airport shows that flights departing from Mumbai were most impacted due to heavy rains. However, the number of flights delayed during arrival at Mumbai was not something lower as well.

Between 12 am to 3 pm on Saturday, hundreds of flights were already delayed. Many more are scheduled as delayed. So far, some 269 flights have been delayed for departure from Mumbai terminals.

As for arrivals at Mumbai airport, the majority of flights were delayed between midnight till 12PM afternoon of Saturday. Many are scheduled as delayed. So far some 203 flights are known to be delayed.

Going forward, many flights have been cancelled for the remaining part of the day. SpiceJet, Indigo and Air India were the most hit, while few international flights were also in the list.

Weather forecaster Skymet said in its report, “The city of Mumbai has had it all in the last 15-18 hours. There have been flight diversions, waterlogging in many parts of the city, delayed and suspended local trains in areas and massive traffic jams. Moreover, rainfall activity over Mumbai had been apocalyptic during the night with very hefty showers. Thunderstorm and lightning also accompanied these very intense rains.”

In a span of 24 hours, Skymet pointed out that,  Santa Cruz observatory between 8.30 am yesterday and 8.30 am today, recorded 219 mm of rains. Moreover, rains in 12 hours have been very intense with the city recording 169 mm of rainfall.

“The morning has also begun on a rainy note for the city of Mumbai and with short breaks in between, rainfall has been heavy. Moreover, talking about today's rainfall status, you can expect some rains of varied intensity in the city of Mumbai,” Skymet said.

National weather forecaster IMD has predicted intermittent rains/showers with heavy to very heavy falls at a few places likely in the city and suburbs for the next 24 to 48 hours.

Mumbai airport to remain closed for 6 hours on THIS date