Mumbai climbed 25 places in the 2017 survey to become the most expensive city in India to live in for expatriates. It was followed by New Delhi and Chennai. 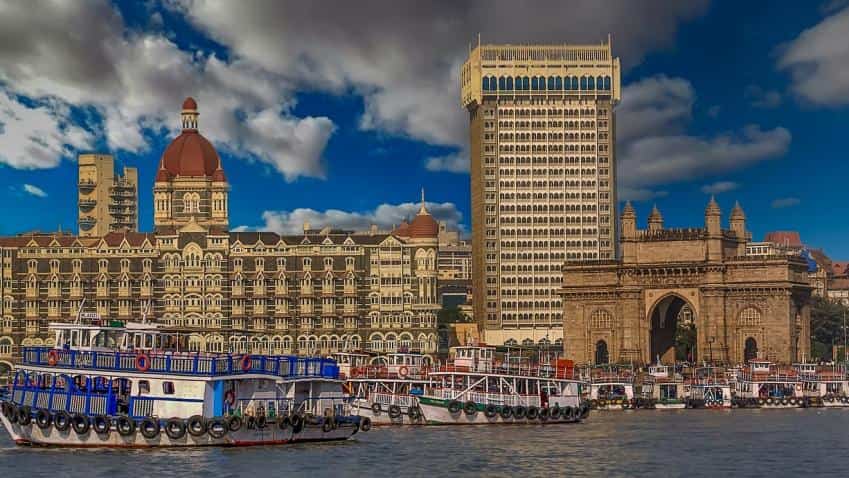 The Gateway of India and the Taj hotels in Mumbai. Photo: Pixabay
Written By: ZeeBiz WebTeam
RELATED NEWS

Mumbai to get AC local trains from September this year

More than half the cost of per litre of petrol is just taxes; Cheapest petrol in Port Blair, Mumbai most expensive

Mumbai has been named the most expensive Indian city for expatriates and outpaces even global cities such as Paris, Canberra, Seattle and Vienna. India's finance capital came in at 57th place on the list, according to Mercer's 2017 Cost of Living Survey.

An expatriate is a person who lives outside their native country.

Mumbai climbed twenty-five places in the ranking due to its rapid economic growth, inflation on the goods and services basket and a stable currency against the dollar, said the survey.

This most populous city in India is followed by New Delhi at 99th spot and Chennai 135th spot which rose in the ranking by 31 and 23 spots, respectively. Bengaluru was at 166th place and Kolkata at 184th place, the least expensive Indian cities, climbed in the ranking as well.

London (30), Aberdeen (146) and Birmingham (147) dropped thirteen, sixty-one and fifty-one spots respectively as a result of the pound weakening against the US dollar following the Brexit vote. Copenhagen (28) fell four places from 24 to 28. Oslo (46) is up thirteen spots from last year, while Paris fell eighteen places to rank 62.

The survey revealed that Australian cities have all experienced a significant jump in the global ranking since last year mainly due to the strengthening of the Australian dollar. Sydney (25), Australia’s most expensive city for expatriates, gained seventeen places in the ranking along with Melbourne (46) and Perth (50) which went up twenty-five and nineteen spots, respectively.

Mumbai to get AC local trains from September this year

More than half the cost of per litre of petrol is just taxes; Cheapest petrol in Port Blair, Mumbai most expensive