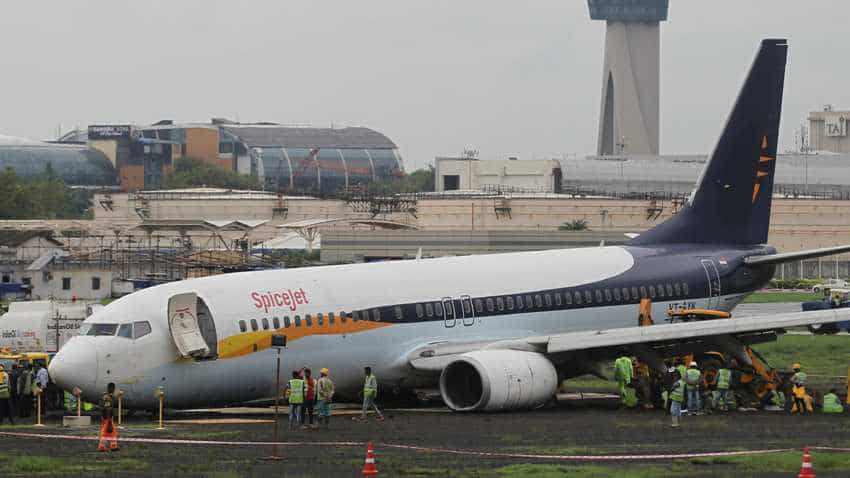 Mumbaikars are having a tough time due to the Monsoon deluge. Source - Reuters.
Written By: ZeeBiz WebTeam
Edited By: Harish Dugh
RELATED NEWS

Mumbaikars are having a tough time due to the Monsoon deluge. The heavy rain is not just affecting the residents but also travellers going to and or leaving the city. On Sunday, flight operations were severely hit due to heavy rain and poor visibility at the Mumbai airport and on Monday, an official confirmed that all flight operations have been suspended at Chattrapati Shivaji Maharaj International airport on Monday due to heavy downpour. "Due to heavy rains, there are no movements at Chhatrapati Shivaji Maharaj International Airport," ANI quoted a Mumbai Airport (MIAL) spokesperson as saying.

Several airlines have also asked the passengers to keep track of their respective flights as their could be changes in their timings due to the rain. "Due to bad weather at Mumbai (BOM), all departures/arrivals and their consequential flights might get affected. The passengers are requested to keep a check on their flight status," SpiceJet tweeted.

There seems to be no relief in the coming days as the India Meteorological Department (IMD) has predicted heavy to very heavy rainfall in Konkan, Goa and north Madhya Maharashtra regions, including Mumbai, this week. Meanwhile, Skymet Weather has reported that a heavy downpour is expected in Mumbai for the first half of Monday. It added that the Maharashtra capital could be hit by high tides at 4:18 pm.

To add to the woes of Mumbaikars, the autorickshaw drivers are likely to go on an indefinite strike demanding a hike in fares. In all, 20 lakh auto drivers are expected to participate in the strike.

Meanwhile, in a different rain-related incident, eight persons were hurt when a ground-plus one floor tenement crashed in Shivaji Nagar. While three women are admitted to Rajawadi Hospital, five others were already treated. Large parts of the city and suburbs, besides Palghar, Thane and Raigad, were lashed with heavy rain since early Monday morning.