Jet Airways, Indigo and Vistara have been issuing notices to passengers where they have provided relief by giving waivers on cancellation of flights and accommodation to the ones who have missed their flight today. 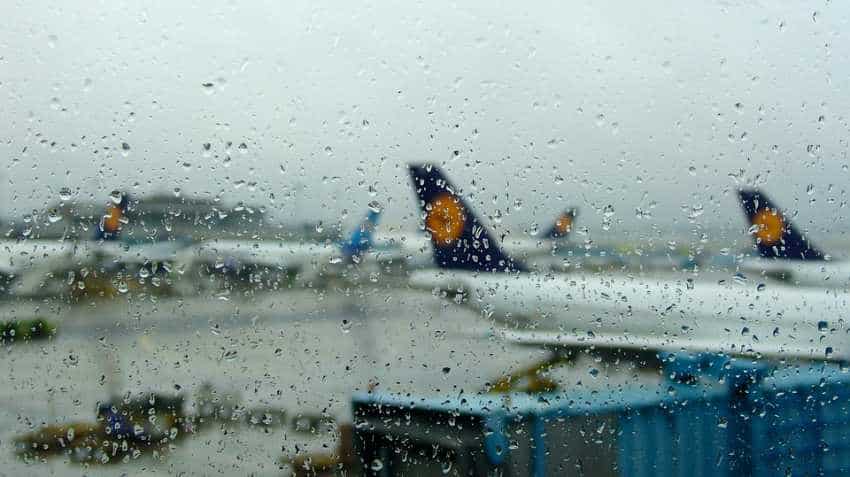 If we talk about heavy rains in Mumbai, the very next thought that would roll in our minds would about how many airlines flights or Railways trains have been impacted. These two transporta services are considered as lifeline for Indian citizens who are frequent travellers. Since Saturday, rains in Mumbai have intensified across region with Sunday and today witnessing three-digit showers as per weather forecaster. If this is the case, you might want to rethink before making any journey via trains or airlines as they are first one to take a hit. Mumbai is considered as the city that never sleeps and is also the largest financial hub in India. However, everything goes for a toss right from walking on roads to carrying on business activities whenever there rains are heavy.

Jet Airways, Indigo and Vistara have been issuing notices to passengers where they have provided relief by giving waivers on cancellation of flights and accommodation to the ones who have missed their flight today.

If you visit the official website of Mumbai airport, you will see a total 162 flights being delayed during departure and 134 during arrivals. This number can go up further, as Skymet predicts heavy to heavy rains will continue in Mumbai for another 48 hours. So far, the information in regards to flight delay was till 12:58 hours today.

Going ahead, if we take into consideration both departure and arrivals, then Mumbai airport has announced a delay of some nearly 300 flights today.

However, the number is not massive compared to yesterday’s distress. On Sunday, over 400 flights were delayed.

Therefore, over 700 flights are affected in just two days time. This may cause passenger traffic performance for the month of July to fall.

It added, #9Wupdate: Due to heavy rains in #Mumbai, we’ve issued a waiver on penalties for date/flight change, refund, no-show (including fare difference if any), on all confirmed tickets for flights operating to and from Mumbai for 9th July, 2018."

Vistara said, #TravelUpdate Due to heavy traffic congestion on roads connecting towards Mumbai Airport,  customers travelling from Mumbai are advised to allow sufficient time for their journey to the airport."

"Due to requirement of mandatory security checks, UK976 Ahmedabad-Delhi has been delayed and will now depart at 1300 hrs. Please reach out to our ground staff for any assistance. We apologise for the inconvenience," added Vistara.

According to Skymet Weather, extremely heavy Monsoon rains continue to lash Mumbai  as the city recorded 3-digit rainfall for the second consecutive day on Sunday. In the past 24 hours from 8:30 am on Sunday, Colaba Observatory recorded 171 mm of rains, whereas Santa Cruz Observatory had witnessed 122 mm.

As per weathermen at Skymet, Mumbai weather is presently under the influence of two strong weather systems. Firstly, the off- shore trough along the West Coast is active from South Gujarat to Konkan region.

Secondly, the cyclonic circulation over Bay of Bengal has now moved inland is seen over South Chhattisgarh, East Madhya Pradesh and Vidarbha region. Presence of both systems has led to formation of a convergence zone over Maharashtra.

Therefore, these systems have infused fresh Monsoon surge over the state. Widespread clouding can be seen over entire Maharashtra. This has already given very heavy rains over Mumbai and we can expect heavy to very rains to continue over Mumbai and other coastal areas of Maharashtra during the next 24 to 48 hours.

Mumbai had recorded 131 mm of rains on Saturday.