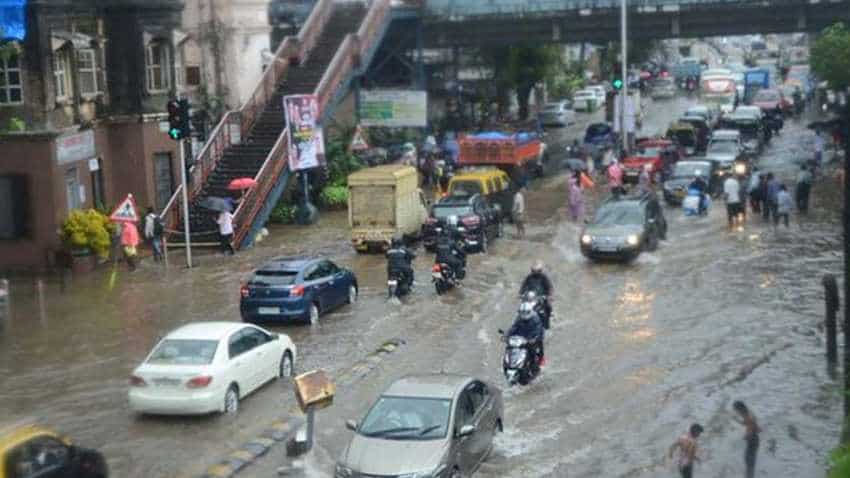 Mumbai airport flights update: Operations at the Mumbai Airport were hit on Wednesday morning due to the downpour and fluctuating visibility levels. Both incoming and outgoing flight operations at the airport faced the impact as rain lashed 'Maximum City' and the entire coastal Konkan region. As a result, waterlogging was also reported from many areas of the city. Meanwhile, there were delays of around 15-20 minutes in the incoming and outgoing flight operations at the Mumbai Airport. There are no reports of flights getting cancelled as of now.

Heavy rains that started on Tuesday night saw Mumbai slowed down on Wednesday morning, but road, rail and air services were still operating. As a precautionary measure, the Brihan Mumbai Municipal Corporation (BMC) ordered all schools in the city to remain shut for the day, said the BMC Disaster Control. "The principals of schools where students have already reached, have been directed to ensure their safe return home," an official told IANS.

The city has received an average of around 15 cm rain, while Thane and Palghar notched 18 cm and 17 cm precipitation respectively. Many low-lying areas in the city and suburbs were flooded by upto 6-12 inches water, but sluggish vehicular and rail traffic continued.

The weather department has issued a 'red alert' for the city and adjoining areas. It has also asked the authorities to be prepared to handle any situation. Out of the 150 weather stations in the Mumbai Metropolitan Region (MMR), around 100 recorded over 200mm rainfall in last 24 hours, the India Meteorological Department (IMD) said.

The IMD has forecast heavy rains in Mumbai and surroundings over the next 2-3 days.