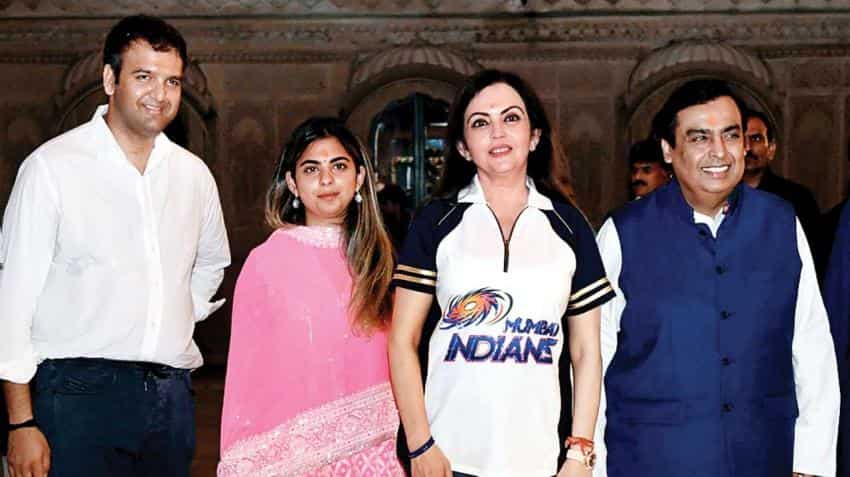 2018 is going to be an year of functions and celebrations for the Mukesh Ambani family as wedding bells will be ringing for his daughter Isha Ambani and her twin brother Akash Ambani's marriage too. Isha (26) will be marrying Anand Piramal (33), the son of Piramal Group's chairman Ajay Piramal, in December 2018. Akash is also about to tie the knot around the same time with Shloka Mehta, daughter of Russell Mehta, promoter of Rosy Blue Diamonds.

Isha has accepted a recent proposal that was extended by Anand Piramal, who proposed to Isha at a temple in Mahabaleshwar. Later, the couple celebrated the occasion with a lunch joined by family members from both sides. Isha is a Yale graduate and is a director on the boards of Reliance Jio and Reliance Retail. She will also complete her management course from Stanford by June 2018. Here are a few facts about Anand Parimal.

• Anand is the son of the billionaire businessman Ajay Piramal of Piramal Enterprises and is a graduate with a BA degree from the University of Pennsylvania and an MBA from the Harvard Business School.

• He is Executive Director of the Piramal Group and is responsible for its real estate business and is actively involved in group strategy, values and organisation development.

• Before joining the Piramal Group, Anand founded Piramal eSwasthya, a start-up, which aspires to democratise healthcare. It was a rural healthcare initiative that treats 40,000 patients a day.

• Post launching his health care project, Anand also started a venture named Piramal Realty, which is one of the most admired real estate companies in India, reads Anand's profile on the website.

• He has been actively engaged in several of Piramal Foundation's activities and has been the youngest President of the Indian Merchant Chamber - Youth Wing.