Mukesh Ambani slips to 14th spot among richest: But, hold on to RIL stock tightly; this is how it will reap fruit

One of the major key trigger for RIL would be RJio, as per CLSA as analysts predict that the telecom will touch about 400 million subscriber base by end of 2019. 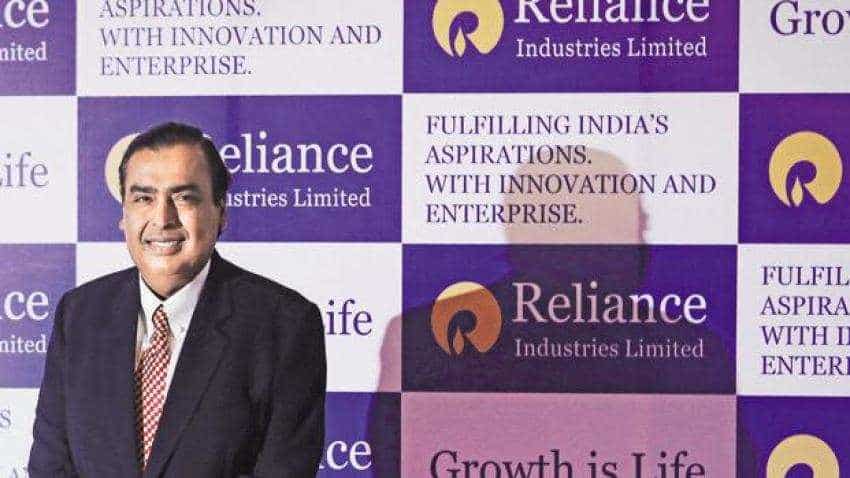 Within first seven days of 2019, India’s richest man Mukesh Ambani witnessed a shock in his wealth, as his ranking slid two spots below to 14th in Billionaire Bloomberg Index. Ambani riding on the back of Reliance Industries which is second largest company in India after TCS in terms of market share, has once earmarked nearly $45 billion wealth. However, 2019 did not start on a good note for the Reliance boss whose wealth has gone down by couple of millions. However, it could be a good year for RIL which is seen as money making magnet by CLSA.

According to Bloomberg Billionaire Index, Ambani’s wealth now stands at $43.5 billion as on January 07 at 14th spot, following Walmart’s Walton Brothers. He had finished 2018 on the 12th spot which is now held by Jim Walton with net worth of $44.3 billion, followed by brother Rob Walton at 13th spot with wealth of $44.3 billion.

The index revealed that Ambani has lost about $768 million so far in 2019. The Bloomberg Billionaires Index is a daily ranking of the world’s richest people. Details about the calculations are provided in the net worth analysis on each billionaire’s profile page. The figures are updated at the close of every trading day in New York.

In these 7 days, even RIL saw mixed emotions from investors, as it stood near Rs 1,121 on January 01 and has been trading between Rs 1,090 to Rs 1,100 per piece. Interestingly, major rating agency CLSA has given a Buy call for RIL stating that, “lingering concerns will be allayed and new growth drivers emerge.”

One of the major key trigger for RIL would be RJio, as per CLSA as analysts predict that the telecom will touch about 400 million subscriber base by end of 2019.

As per CLSA, to monetise this base, some new businesses,which are not ascribed any value by the market, may gain centre stage. The most notable will be full-fledged ecommerce offering across formats. Its ambitious platform listing mom-and-pop stores across the country is possibly the one to keenly watch out for.

Analysts at CLSA said, “We could also see start of an extensive omni channel when all of Reliance Retail’s 10,000+ touch points including the small 5,000+ Jio points are used to generate sales and deliver products across formats and not just electronics.”

Apart from this, in 2019 Reliance may also expand payments bank (JV with SBI) for users and Jio Point of Sales (PoS) for merchants. CLSA says, “This may form a backbone for cross-selling and converting Jio’s big subscriber base into customers for other businesses of Reliance. An added impetus to increasing subscribers in Jio’s home broadband and enterprise is likely.”

Moreover, CLSA adds, “this could also be the year when some innovative products like Jio Cable (using phone to watch channels and movies on TV) and car connect (Jio Motive) are launched which should drive up data usage. Further beefing up of digital content apps via new tie-ups and even some original content may make them difficult to ignore. Launch of VoWiFi should improve indoor coverage and further enhance Jio’s network edge.”

Going ahead, CLSA sees this year for Reliance as a moment where investors will stop seeing Reliance as just a pure telecom service player or organised retail company but much rather a holistic consumer play which caters to nearly half of India’s population via both offline and online channels, offering both goods (retail) and services (digital content).

Following which, CLSA reteriates, “Retain BUY; IMO regulations from Jan’20 may be a big boost to GRMs and core earnings, while continued subscriber addition momentum will be a key trigger.”