Mukesh Ambani is Asia's richest man, but what about Ambani family? 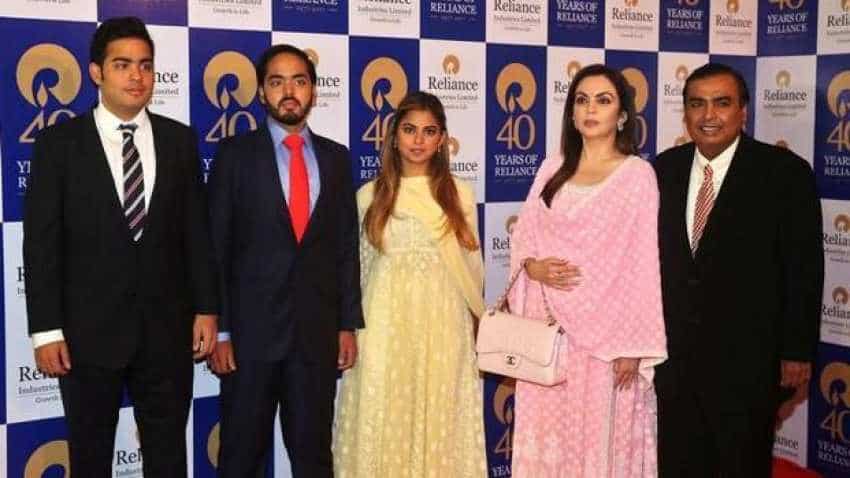 Mukesh Ambani, chairman, Reliance Industries, is now Asia's richest man, beating Alibaba founder Jack Ma. But do you know where Ambani family stands among the richest families in the world? Well, then know that the Ambani family features in the global top 10, not just Asia, and is in fact the only Indian family to feature on the list.

Since then, things have got even better as Ambani's estimated wealth rose to a whopping $44.3 billion (as on Friday) as Reliance Industries's shares shot up to lifetime high. Recent surge in price came amid aggressive business plan announced in the Annual General Meeting (AGM), ahead of its June quarter earnings. The stock has been on an uptrend ever since and has gained over 16 per cent so far this year.

At the AGM, Mukesh Ambani had unveiled an ultra high-speed fixed line fibre broadband for homes and enterprises across 1,100 cities and announced plans for an e-commerce platform that may rival likes of Amazon.

Reliance doubled its petrochemicals capacity, adding 4 billion dollars to Ambani's fortune in 2018. According to the report, Ambani also announced his plans to leverage his 215 million telecom subscribers to expand his e-commerce offerings.