PK Purwar, chairman and managing director of public sector telecom firm MTNL, said, "MTNL has invested a lot in Delhi and Mumbai to improve its services with a hope to increase its customer base and revenue," adding that a proposal to provide 4G spectrum to MTNL and BSNL is also under active consideration at the telecom ministry. 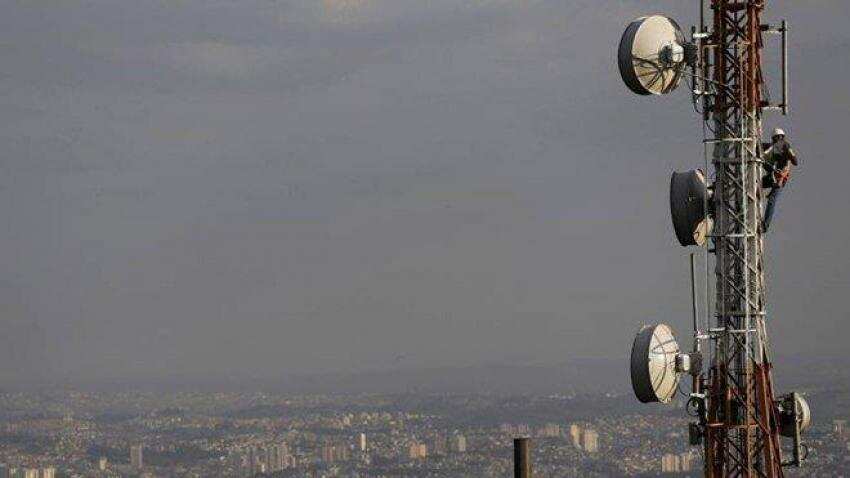 MTNL has revised its plans to improve the customer's data needs. I hope that these exercises will help us in increasing our customer base as well as the revenue. Image source: Reuters
Written By: ZeeBiz WebTeam
RELATED NEWS

PK Purwar, chairman and managing director of public sector telecom firm MTNL, in an exclusive interview with Zee Business's Shiv Prakash Yadav, indicated the plan ahead for the company in the face of numerous challenges including niftier private rivals as well as debt. He said, "MTNL has invested a lot in Delhi and Mumbai to improve its services with a hope to increase its customer base and revenue."  He added that a proposal to provide 4G spectrum to MTNL and BSNL is also under active consideration at the telecom ministry. Here are edited excerpts:

Q: What are your plans to revive MTNL? Are you planning to invest in your network?
A: Over the last year, MTNL has made a lot of investment in Delhi and Mumbai. Under the plan, we were supposed to install 1,800 new mobile sites across Delhi out of which work on 1450 sites has been completed. The work on the remaining sites will be completed within a month. Completion of work on these sites will strengthen the network of the company in Delhi. With this, MTNL customers will get a speed of 21.6 Mbps along with good data and voice call facilities.
In addition, we have also upgraded MTNL network in Mumbai. In fact, network at 700 sites has been upgraded to HSPA+1.
Apart from this, the backhaul network has been improved. We have fixed a speed of 100 Mbps on the backend so that customers don't have to compromise on data and voice quality on the network. To fulfil the needs of the customers, we have worked on considerable competitive plans. In order to facilitate customers with broadband solutions at their homes, we have created 400-exchanges in Delhi and Mumbai. Creation of these exchanges has helped us in upgrading the speed of the network.
MTNL has revised its plans to improve the customer's data needs. I hope that these exercises will help us in increasing our customer base as well as the revenue.

Q: Was there a discussion with the telecom minister to allocate 4G spectrum to MTNL? Did you have any discussion on allocation of 4G spectrum to MTNL during your meeting with the telecom minister?
A: Yes, there was talk regarding 4G spectrum in the meeting and there was an in-principle decision taken on the fact that there is a need of 4G network for both MTNL and BSNL. The Department of Telecom (DoT) has decided to take a legal opinion on the same before moving ahead. Because the two companies will not be able to bear the available competition of the market without having a 4G network in its frame. Given the demand for data, 4G is a need for both PSUs.
Understanding the need, the two, minister and DoT, have decided to move forward with the matter.

Q: Does the government have plans to infuse money in MTNL?
A: MTNL has been asked to make a plan for its revival and we have signed up Deloitte for that purpose. We will have a discussion on the same during a board meeting scheduled to be held on June 14, 2018. After that decision, we will be able to tell you about the plan on behalf of MTNL. Definitely, a revival plan was required.
During the meet, we will highlight the two problems with which MTNL is struggling at present and they are issues of high debt and high employee cost. It will also propose the idea to deal with the two problems. In addition, the board will be informed about the measures taken by the company to increase its revenue.

Q: Earlier, the minister said that the government is serious about equity infusion. Was there any discussion on the same during the meet with the telecom minister?
A: MTNL in its proposal requested to take the spectrum payment in form of equity infusion instead of cash. Because the government plays two roles in MTNL and they are of a licensor and owner and promoter of the company.
Today, we see that the promoters of the private telecom companies are going for massive capital infusion in their companies and this is one of many reasons that they are able to provide better services. In our proposal, we have asked the government to play its role as a promoter and allocate the spectrum to MTNL in a way that there will be no additional burden in form of cash on the company. We have asked the government to allocate the spectrum at the same prices at which they are offered to the private telecoms with the proviso that MTNL be allowed to make the payments in form of equity instead of cash.

Q: What is your opinion on a merger with BSNL?
A:  Merger is a need of the hour as other operators, who are our competitors, are functional across the country. To compete with them, MTNL and BSNL will have to work on a pan India basis and serve the customers as an integrated and pan India player. But there are many challenges in the merger like the issue of MTNL's debt, employees of MTNL and its principle and policies. So any decision on the merger can be made only after the challenges are sorted out.
So, this is a case on which there is desirability - Merger is a desirable situation - but there are some challenges that should be removed.

Q: How much land does MTNL have and how much income is expected from land monetisation?
A: MTNL has a land stock in Delhi and Mumbai. Currently, MTNL is earning Rs 225 crores from rentals of the land. MTNL has two proposals related to land monetisation. The first proposal is to increase this rental income to Rs 300 cr in 2018 and we will get a success in this as we are trying to do so. The second proposal aims at reducing debt by monetising the land bank. We have sufficient land and buildings. This proposal of monetisation of the land stock available with MTNL, if accepted, will help it to manage its debt in an easy way.