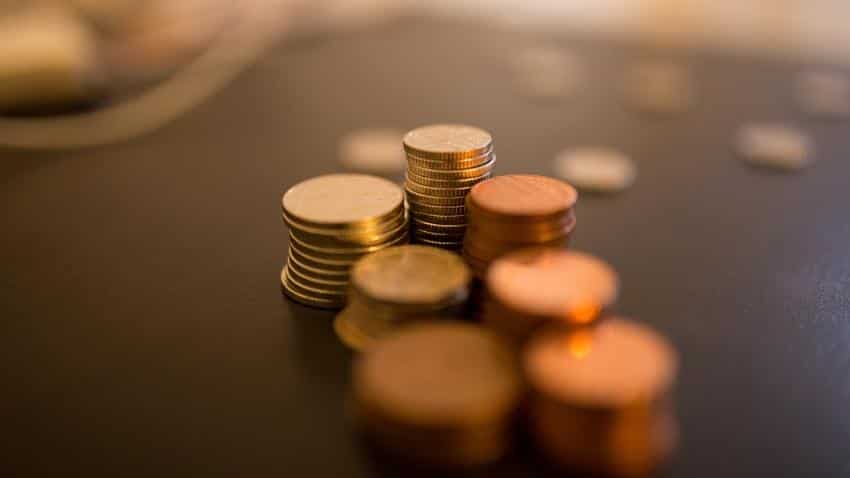 Over 50% of MSS auctioned by RBI so far

On December 02, 2016, in a move to facilitate liquidity management operations, the Reserve Bank of India decided to revise the ceiling for issue of securities under the Market Stabilisation Scheme (MSS) to Rs 6 lakh crore. Earlier the MSS ceiling were upto Rs 30,000 crore.

The scheme is a tool utilised by the central bank for controlling in the market through issue of securities like bonds, treasury bills on behalf of government.

Interestingly, this process came in few days after a temporary announcement of RBI, where it had asked banks to maintain 100% incremental Cash Reserve Ratio (CRR) by the fortnight ending December 09, 2016.

Both the move was part of demonetisation method where banks are seeing uptick in their cash deposits.

Since the announcement of CRR, the liquidity surplus has contracted. 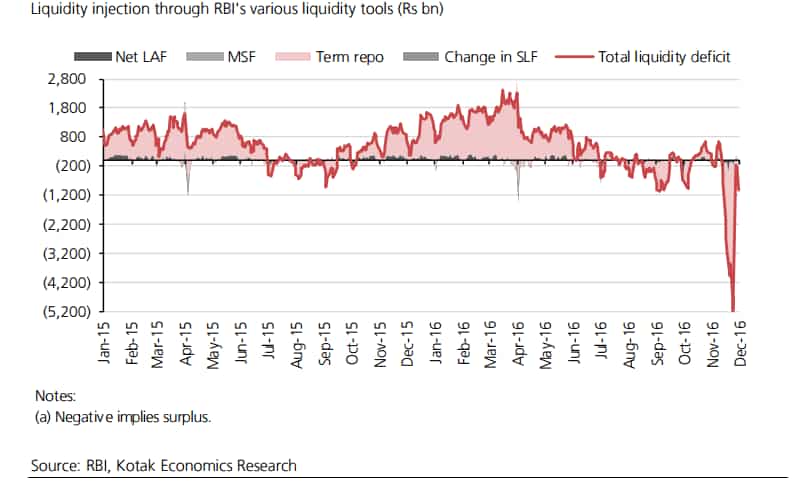 Analysts at Kotak Institutional Equities expect that the new revision in MSS limit will be more than enough to leeway RBI's 100% incremental CRR maintenance.

They explained, “Assuming status quo on CRR front in the coming week, MSS should absorb the reversal of outstanding reverse repo due to mature next week, which will be between Rs 80,000 – Rs 90,000 crore.”

Additionally, as the demonetisation process continues, Kotak expects another Rs 1 lakh crore deposit in the banking system by next week, which could lead MSS bond issuance to Rs 1.6 lakh - Rs 1.7 lakh crore for the period.

Hence, the reversal of Rs 3.25 lakh crore, under CRR could be absorbed by the reverse repo route. Even if there is absence in reverse repos further, RBI will still have Rs 6 lakh crore of rupee securities ready for reverse repo by December 10.

Kotak said, "If RBI chooses to exhaust both MSS limit and reverse repo limit - around Rs 7.5 lakh crore, then it may easily tide over the liquidity influx due to demonetization assuming that nearly Rs 1.5 lakh crore of the currency does not return to the banking system."

Further, any additional liquidity in excess of RBI’s capacity could be absorbed by front-loading of the government’s borrowing program.

Over 50% of MSS auctioned by RBI so far