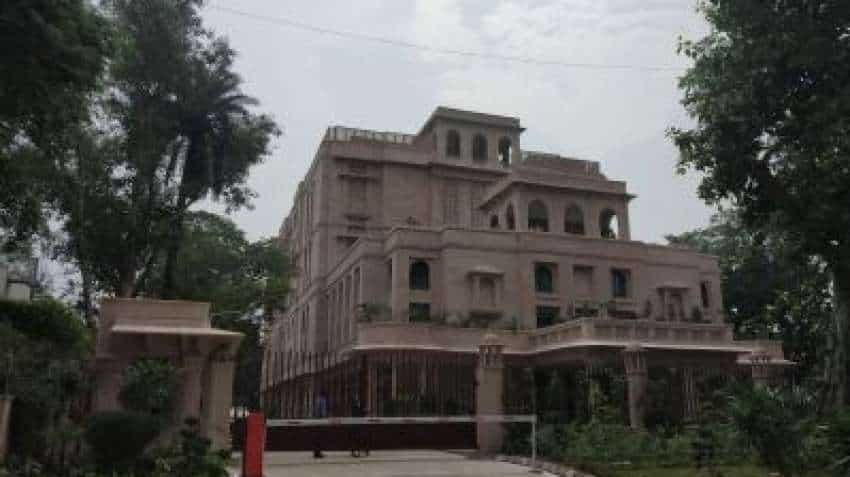 Inaugurated by Prime Minister Narendra Modi in September 2019, Garvi-Gujarat Bhawan has been registering impressive footfalls. Domestic as well as foreign tourists can also be seen seeking the address of `Garvi-Gujarat`located on the Akbar Road.
Written By: IANS

Till now, tourists from all over the world used to reach the national capital Delhi to visit prominent spots like Red Fort, India Gate, Rashtrapati Bhavan, Parliament, Chandni Chowk and Qutub Minar. Now, along with all these historical sites, the tourists are also looking for the address of `Garvi Gujarat`.

Garvi-Gujarat Bhawan, inaugurated by Prime Minister Narendra Modi in September 2019, has been registering impressive footfalls. Domestic as well as foreign tourists can also be seen seeking the address of `Garvi-Gujarat`located on the Akbar Road that also the address of the Congress headquarters. Amid the presence of several iconic tourist spots around, `Garvi Gujarat` is on its way to carving its own identity.

Nilesh Mishra, an official of the Gujarat government, told IANS: "Garvi Gujarat has enhanced the distinct identity among the multi-storey buildings of Delhi within four-five months. Even on a Sunday it receives visitors. You get a glimpse of Gujarati food, art, tradition and culture here. Even politicians, actors and foreign tourists come in large numbers."

According to Mishra, this building, which is a unique example of Gujarati craftsmanship, attracts tourists. Lippan art, Modhera Sun Temple, Kutch art, Varli portrait of Dang, almost whole of Gujrats`s crafts are showcased here. In fact, a visit here feels like visiting the state of Gujarat! The kalpa tree in this six-storey building draws everyone`s attention. The Rathwa community from the Chhota Udaipur, a tehsil in Gujarat, worship this tree as a deity.

"The handicraft works by the women from the Kutch district are hung on the walls. The use of `Lippan Clay Art` in the entire building further enhances the beauty of Garvi-Gujarat. The `in-lay-work` of the `Bandhani` and `Patola` sarees will not be seen anywhere else but here in Delhi," Mishra, who was closely associated with the construction of the building, told IANS.

Garvi Gujarat has become the only place in Delhi where the architecture of the state can be seen. The importance of "Vavadi" in the history of Gujarat is said to be centuries old. In today`s times, it is also being seen as the best technique to use ground water resources in the water management system. Rani ki Vav of Gujarat has also been nominated for the UNESCO World Heritage Site in 2014.

Aarti Kanwar, the local commissioner of Gujarat (Resident Commissioner) told IANS: " `Garvi Gujarat` and the building of the second Gujarat Bhavan was the dream of Prime Minister Narendra Modi, Chief Minister Vijaybhai Rupani and Deputy Chief Minister Nitinbhai Patel. It is like the mini Gujarat here."