Most of the measures taken by the government in this financial year will definitely show results and drive the country to have at least a 6 per cent growth rate in the FY22, economists and industry leaders stated on Saturday. 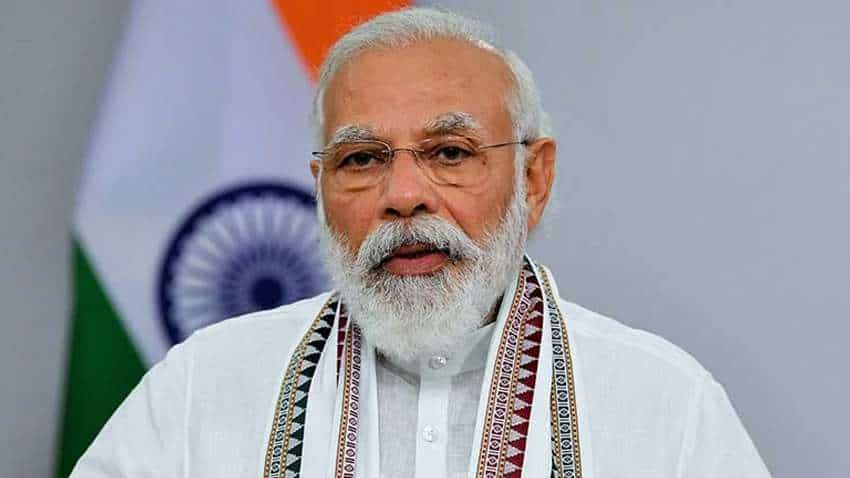 There would be a sharper recovery to the tune of at least 6 per cent in the financial year 2022 due to several factors. PIB pic
Written By: IANS
RELATED NEWS

Most of the measures taken by the government in this financial year will definitely show results and drive the country to have at least a 6 per cent growth rate in the FY22, economists and industry leaders stated on Saturday.

Speaking at the Webinar organized by ASSOCHAM titled- "Economic Outlook: Post Pandemic", Ajit Ranade, president and chief economist at Aditya Birla Group explained that the last three months have been quite unprecedented.

"In the April- June quarter, there has been a minus 15 per cent contraction. The foreign investors have pulled out almost $16 billion from the Indian markets, however, the domestic investors have been continuously investing money to the tune of almost Rs 90,000 crore back in the stock markets. There is a lot of enthusiasm and optimism which is leading the markets to boom and this is really amazing," he said.

According to Ranade, there would be a sharper recovery to the tune of at least 6 per cent in the financial year 2022 due to several factors.

"The agriculture sector is doing very well and is expected to grow at least to the tune of 3 to 4 per cent. The minimum support price (MSP) program by the government was a huge hit not only in good states like Punjab and Haryana but also in other smaller states. This will give some momentum in the next year," he said.

He also added that the rural employment guarantee program was a huge success and saw the numbers almost doubling.

"Also the MGNREGA program was a huge achievement. The Fiscal stimulus package 2.0 as it known will play a big role in shaping up the things to come and help in reviving the growth momentum," he pointed out.

Rathin Roy, Director, National Institute of Public Finance and Policy, and a former member of the Prime Minister's Economic Advisory Council explained that the industry would need to collectively chalk out a plan and present it to the government.

Tirthankar Patnaik, chief economist at the National Stock Exchange (NSE) explained that despite the negativity seen earlier on the stock exchanges, it took very little time for it to bounce back.

"From March 20, the stock markets started going up, that is because the global and the Indian stock markets look at the short term nature of the coronavirus," he said.

Patnaik added that though the growth is largely out of the base effect and the impact may not be likely to go away.

"The NPAs are likely to be in the tune of 12 per cent to 15 per cent; however the markets do not see this continuing in the long run. Also for the FY22, the earnings have not yet been downgraded and expect the earnings to catch up," he added.

Shekhar Shah, Director General of the National Council of Applied Economic Research (NCAER) stated that there is a lot of transformation going on in the country at the moment.

"Digitalisation is going to be the key factor. In the last four months, most employees while working from homes have managed to get around 80-90 per cent of productivity, think about the saving it would have on the external factors. This would propel a huge leap in certain critical areas," he said.

He also informed that it is time to reset our thinking on health policies. "Due to the pandemic, the fault lines in the society have been revealed. While we have been concentrating too much on the rural areas, it is also time to think as much for the urban safety nets as well. While we think about the cure, we need to think much more about the prevention," he informed.

Suman Bery, Global Fellow Asia Program of the Woodrow Wilson International Center for Scholars, Washington DC stated that there is a need to prioritize the relief, recovery and reform structure and deal with the issues in a sequence.

"The Atmanirbhar Bharat, global linkages and search for a new growth model are the need of the hour. The medical, humanitarian, economic, and political differences need to be resolved. The framework of government's focus should include supply side, demand side, and terms of trade," he said.

Upasna Bhardwaj, Senior Economist & Head Economic Research Kotak Mahindra Bank explained that there is a risk-aversion in the willingness to lend at present. "The big corporates still have enough funds but it is the smaller corporates that are suffering the most. Banks are reluctant to lend them. The pandemic has increased a lot of risk in the financial market," she said.

Chairman of ASSOCHAM's National Council for Banking & Non-Executive Chairman of Punjab & Sindh Bank, Charan Singh, stated that opening up of agriculture to the private investment will significantly contribute to growth, in the near future.

Niranjan Hiranandani, National President, ASSOCHAM and Co-founder of the Hiranadani Group informed that the government due to its various financial announcements has adequately taken care of the supply side of the economics and owing to its various policy announcements set the path for long term reforms.

"What we also need at this hour is land and labour reforms. The power costs in certain states are very high. Companies are moving out of Maharashtra to Gujarat to get the advantage of lower power bills. Out of the textile units which moved out of China, almost 23 went to Vietnam and only 2 came to India. We need to have a comprehensive policy to address these issues," he said.