Moody's upgrade to benefit financial sector the most: Bankers

On the rating revision of SBI and four other banks, SBI chairman Rajnish Kumar said this indicates that the country's financial system remains resilient and robust and poised to support growth 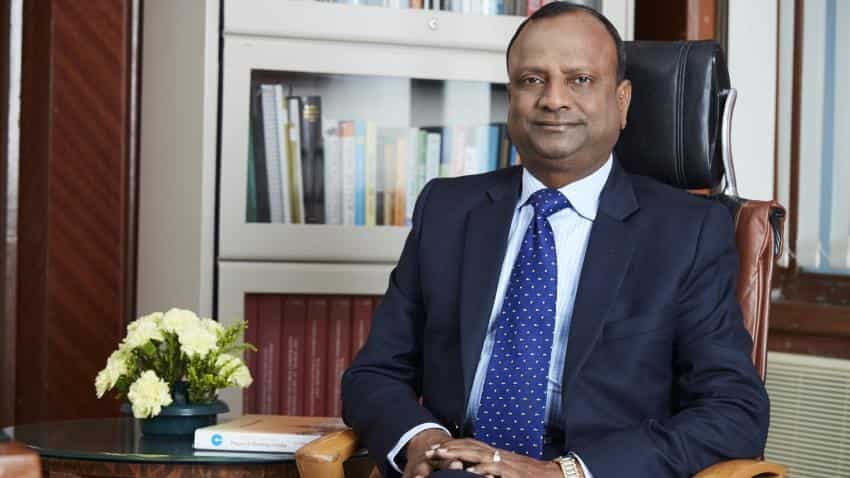 Bankers today lauded the sovereign ratings upgrade by Moody's to Baa2, saying the long-pending move is a thumbs up to the reforms and an enabling factor for the economy, particularly the financial sector as it will make overseas funds cheaper.
Describing the rating upgrade, which came after a gap of 13 years, as a "re-affirmation of how the world views India, and a long pending step," State Bank chairman Rajnish Kumar said this is "a thumbs up to the various reform measures and will bring the cost of foreign borrowings automatically down."
On the rating revision of SBI and four other banks, he said this indicates that the country's financial system remains resilient and robust and poised to support growth.
"The bond yields, the rupee and stock markets have already reacted favourably. Over a point of time, this will reduce borrowing costs of government and financial institutions and will result in increased investor confidence in our growth and reform story," Kumar said.
Chanda Kochhar chief of ICICI Bank, whose rating was also upgraded along four others, said the country's rating revision is a well-deserved recognition of the structural reforms that have been undertaken by government over the past few years.
"It also shows that Moody's has taken cognizance of our higher growth potential and increased economic resilience compared to other countries in our rating cohort," she said.
Kochhar noted that the ongoing structural reforms will help in cementing the sustainability of the fiscal path over the medium term by boosting government revenues and making the expenditure profile more efficient.
Stating that the upgrade will boost capital flows and allocations, she said,"it will also help in improving the availability and access to overseas capital for our firms".
"New long-term investors such as pension funds will now start to invest in our bonds and existing long-term investors can raise their allocation to bonds," she added.
HDFC chairman Deepak Parekh, who timed the listing of his life insurance arm HDFC Life today, said the rating upgrade has come a little too late.
"I always felt that the country's rating was far below from what it should be, particularly since the last two-three years with the number of reforms that the government has undertaken," Parekh said.
"It's a little too late; we should have got it much earlier. One notch up is okay but then they have not put the outlook positive, they have put it only stable," he added.
Complementing the reforms that government has taken particularly in the last year-and-a-half, he said: "I've not seen such strong macro fundamentals as we have today. But somehow the rating agencies see it differently, I think bank recapitalisation made them convince that we are on a reform path and we mean business and we are going to tackle NPAs."
Kotak Mahindra Bank' Uday Kotak said though the upgrade is positive in the long-term and clear signal clear signal to the world of our move towards stability, "we have to do a lot more to get up the curve as we've a long road ahead and must continue down the path of reform."
Parthasarathi Mukherjee of Lakshmivilas Bank said, "the rating upgrade is a recognition of the way the economy has reacted to many of the steps taken by government and indicates that the reforms are seen as effective.
However, he does not expect the move will significantly reduce the spreads for the country's overseas borrowings as the markets have already been pricing the spreads at levels narrower than what her rating indicated."
Vishwavir Ahuja of RBL Bank said the rating action is a clear indication that the economy is on the right track and is an endorsement of the government's recent macroeconomic and institutional reforms.
Rana Kapoor of Yes Bank also said the upgrade was long overdue and though late it's an endorsement of institutional and structural transformations of the past few years while maintaining fiscal prudence.