Moody's raises India's ratings from Baa3 to Baa2; here's what experts have to say 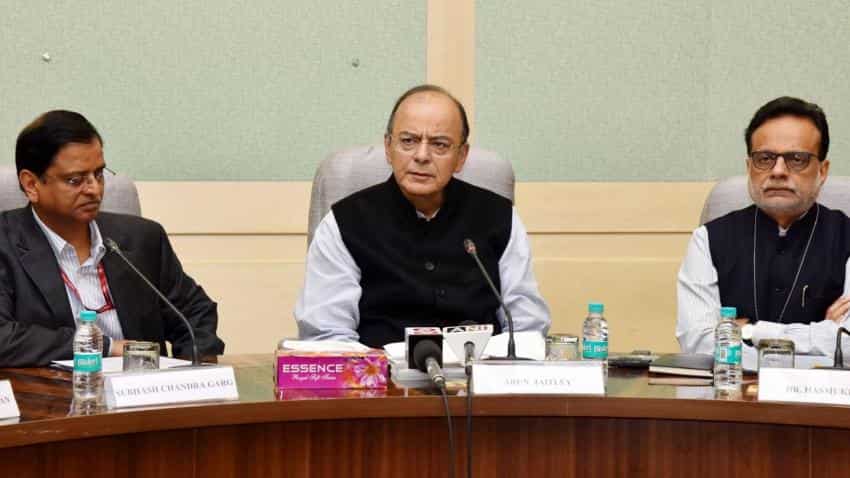 Moody's talks up doom and gloom on India over this possible step; here is what it said

US-based credit rating agency Moody's Investors Service (Moody's) on November 17, 2017, raised India's sovereign rating to Baa2 from Baa3 for the first time since 2004. The last revision of the ratings was made during BJP government led by Atal Bihari Vajpayee.

"The rating agency in a statement said, "The government's credit strength is an important input in Moody's deposit and debt ratings for financial institutions because it impacts Moody's assessment of the government's capacity to provide support in times of stress. As such, an improvement in the government's own creditworthiness, as measured by its sovereign rating, has lifted the supported ratings for EXIM India, IRFC and SBI.”

The Moody's move of upgrading India's ratings was praised by ministers, leading bankers, investors, and industrialists among others. Here is what the prominent names in the economy had to say:

Arun Jaitley, Union Finance Minister, "This is an upgrade that has happened after 13 years and we welcome the upgrade. It is an endorsement and recognition of the reform process undertaken by the government. IBC, banks recapitalization, smooth transition of GST and other structural reforms are recognized."

Rajnish Kumar, Chairman, SBI, "The government's fiscal prudence itself gets a thump's up. The reforms, we have seen in the banking sector like recapitalization programme and adoption of Insolvency and Bankruptcy code as well as GST gets a thumb's up from the International agency."

Chanda Kochhar, CEO & MD, ICICI bank, "I think that the currency market, bond market, and equity market will strengthen further because this move is very good for capital flows in the country."

Uday Kotak, MD, Kotak Mahindra Bank, "It is a clear good signal. The world is noticing India's move towards stability. I think India should continue down on the path as it holds more opportunities ahead."

Deepak Parekh, Chairman, HDFC Bank, "I think it has taken a lot of time for Moody's to give India an upgrade in its rating, I always felt that India's rating was far below than it should be. If you see the steps government has taken particularly in the last one and a half year, they all have been positive for the economy. I have in my life not seen such strong macro-fundamentals that we are today."

Sunil Bharti Mittal, founder and chairman, Bharti Enterprises, “The rating upgrade underlines the efficacy of the bold structural reforms undertaken by the Government in recent years. It clearly shows that the economy is turning the corner and poised for a big leap forward, highlighting the immense potential that India offers as a global investment destination. More importantly, it also emboldens the Government to stay true to the path of strong and transformational reforms in the coming days.”

Arvind Subramanian, Chief Economic Adviser to the Government of India, "We feel that it was a long overdue because you will recall the economic survey where we compared India's rating with China's and just from a general perspective we felt that the rating agency has not recognized India's underline macro-economic situation. So it is a welcome step and it is a recognition of reforms like GST, bank recapitalization plan, bankruptcy code and macro-stability."

Rakesh Jhunjhunwala, Indian Investor and Trader, "It is good for the country and I feel that the modernization of the economic policies undertaken by the Modi government is being recognized."

Bimal Jalan, former Governor, RBI, "All the points that it (Moody's) has mentioned are valid and good for India. The ratings will have a positive impact in terms of investment and growth."

Ajay Tyagi, Chairman, SEBI, "This is quite positive for the economy. The reforms that were undertaken in previous three and a half year are being recognized now. This proves that the economic reforms of the government are happening in the right direction."

(This article was authored by Jitesh Kumar Jha.)

Moody's talks up doom and gloom on India over this possible step; here is what it said