Moody's welcomes the economic and institutional reforms introduced since the positive outlook was assigned, but refrained from giving India a higher credit rating as the effect of this has yet to reflected. 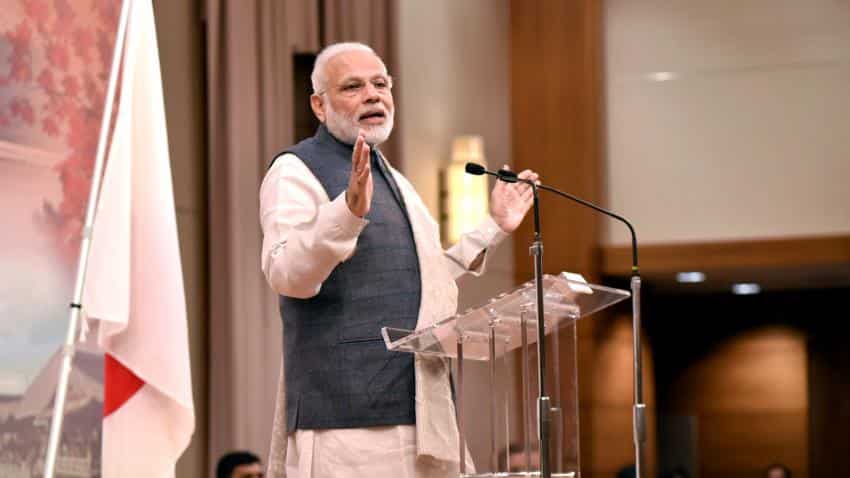 The decision to maintain a positive outlook on the Baa3 rating rather than assigning a stable outlook to the rating at either Baa3 or Baa2 reflects two drivers. The first is the economic and institutional reforms introduced since the positive outlook was assigned.

It also sees these reforms to continue and offers a reasonable expectation that India's growth will outperform that of its peers over the medium term and that further improvements in its macro-economic and institutional profile will be achieved.

It however added that the reform effort to date has not yet achieved the conditions that would support an upgrade to Baa2, in particular in accelerating private investment to support high, stable growth, without which the government's debt burden is likely to remain high for a sustained period.

Moody's still expects that the measures taken to date, together with further reforms, will in time achieve those objectives and support an upgrade to Baa2.

It further added that India's credit metrics will likely shift to levels consistent with a Baa2 rating. In particular, the outlook reflects our expectation that continued policy reform implementation will allow balanced growth to support a reduction in the government debt burden, currently a constraint on India's rating.

The implemented of policies is such as the passage and ongoing implementation of a range of economic reform measures, including the Goods and Services Tax and reform of the bankruptcy code, points to improvements in government effectiveness. “This assessment is also supported by higher rankings in the World Economic Forum Global Competitiveness Index and World Bank Worldwide Governance Indicators,” it added.

“Thus far, private investment has not picked-up in response to the government's measures, denoting limited policy effectiveness. Investment has been constrained by high leverage in some sectors, a relatively unfavorable global environment and, in some cases, limited access to finance. Businesses are also likely to have opted to wait for more certainty about the tangible implications of reforms on their operating environment,” said Moody's.